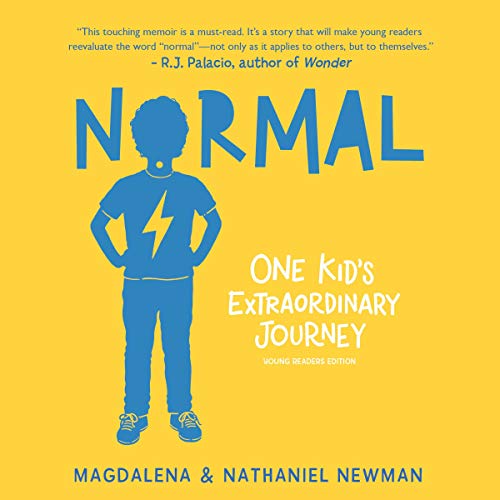 Praised by R.J. Palacio as “wondrous” - this moving memoir follows a teenage boy with TC syndrome and his exceptional family from diagnosis at birth to now.

“This touching memoir is a must-read for anyone who wants to know more about the real-world experiences of a child with craniofacial differences and his extraordinary family. It’s also more than that. It’s a story about the love between a mother and a son, a child and his family, and the breadth of friends, helpers, and doctors that step in when the unexpected happens. It’s a story that will make young readers reevaluate the word ‘normal’ - not only as it applies to others, but to themselves. Any book that can do that is pretty wondrous, as far as I’m concerned.” (R.J. Palacio, author of Wonder)

Normal. Who is to say what this word means? For Magda Newman, it was a goal. She wanted her son Nathaniel to be able to play on the playground, swim at the beach, enjoy the moments his friends took for granted. But Nathaniel’s severe Treacher Collins syndrome - a craniofacial condition - meant that other concerns came first. Could he eat without the aid of a gastrointestinal tube? Could he hear? Would he ever be able to breathe effortlessly? But Nathaniel looks at “normal” from a completely different perspective.

In this uplifting and humorous memoir, mother and son tell the story of his growing up - from facing 67 surgeries before the age of 15, to making friends, moving across the country, and persevering through hardships. How they tackle extraordinary circumstances with love and resilience is a true testament to Magda and Nathaniel’s family, and to families everywhere who quietly but courageously persist.