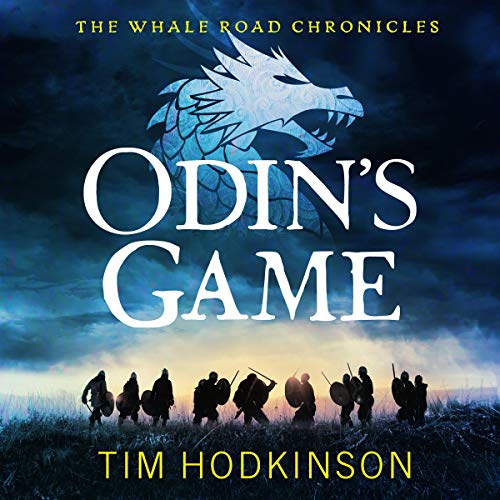 Written by: Tim Hodkinson
Narrated by: Rycharde Everley
Try for $0.00

In the Orkney Isles, a young woman flees her home to save the life of her unborn child. Eighteen years later, a witch foretells that evil from her past is reaching out again to threaten her son.

Outlawed from his home in Iceland, Einar Unnsson is thrown on the mercy of his uncle, the infamous Jarl Thorfinn ‘Skull Cleaver’ of Orkney. He joins forces with a Norse-Irish princess and a company of wolfskin-clad warriors to become a player in a deadly game for control of the Irish Sea, where warriors are the pawns of kings and Jarls and the powerful are themselves mere game pieces on the tafl board of the Gods.

Together they embark on a quest where Einar must fight unimaginable foes, forge new friendships, and discover what it truly means to be a warrior. As the clouds of war gather, betrayal follows betrayal and Einar realises the only person he can really trust is himself. Not everyone will survive, but who will conquer all in Odin’s game?

What listeners say about Odin's Game

I really enjoyed the first book in this series. It moves at a very quick pace. I didn't want to put it down. I ended up finishing it in 3 nights. Starting book 2 immediately