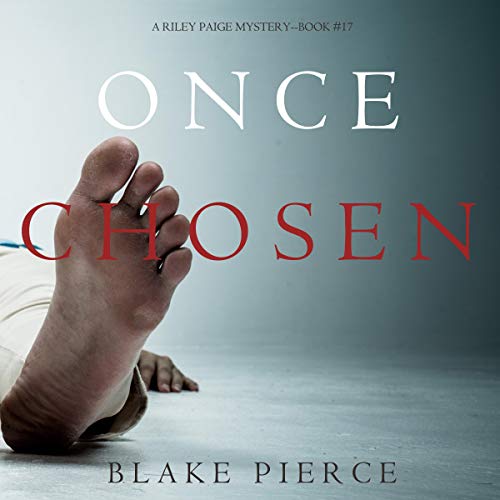 Written by: Blake Pierce
Narrated by: Jane McDowell
Try for $0.00

Once Chosen is book 17 in the best-selling Riley Paige mystery series, which begins with the number-one best seller Once Gone, Book 1.

A serial killer strikes every Halloween - the bodies of his victims resurfacing years later - and with Halloween only days away, it is up to FBI Special Agent Riley Paige to stop the killer before he strikes again.

How has this killer gone undetected for so long? How many victims have there really been? And who will he target next?

FBI Special Agent Riley Paige must fend off her own demons and her dysfunctional family life as she races against time to enter the mind of a diabolical killer days away from striking again - one who may even be more brilliant than her.

Can she stop him in time?

An action-packed psychological suspense thriller with heart-pounding suspense, Once Chosen is book 17 in a riveting series - with a beloved character - that will leave you listening late into the night.

What listeners say about Once Chosen

The narfators' accent was so very strong that it completely distracted me. Why would you have someone with a British accent be the narrator for the main character that lives around Virginia and Maryland. Not just the accent annoyed me, but the mispronunciation was comical.

I LOVED IT 😍 ♥️ What a great story and thanks for wrapping it with a bow!! Applause and Cheers!! Job well done! Thank you 😊