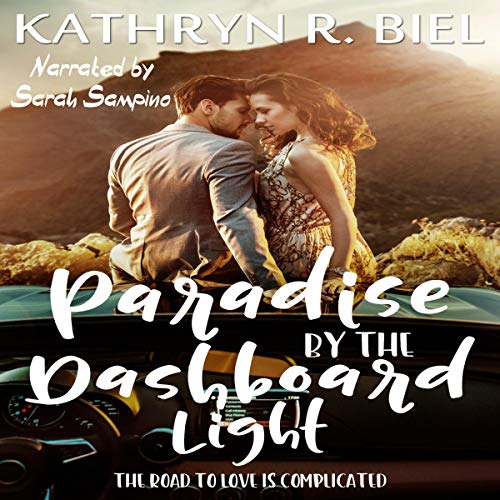 Paradise by the Dashboard Light

It doesn't get more complicated than sleeping with your twin sister's boyfriend...unless he doesn't even realize he slept with the wrong sister. But that was 10 years ago and Rio Pascucci doesn't do complicated - anymore. She's as hard-working, straight-forward as they come. She put that mess behind her when she left her train-wreck of a twin sister back in Ohio. Now, independent Rio is unprepared for this twist. His name is Ian McCallister, and this is where it gets tricky.

Ian and Rio were best friends growing up. Complication number one: The friend zone.

Rio's been in love with Ian for as long as she can remember. Complication number two: Unrequited love.

Ian was in love with Rio's twin sister. Complication number three: Will he ever see her as anything but a replacement for his first love?

Rio and Ian may have been born for each other but when the odds are stacked against you, are some things just too complicated to overcome?

What listeners say about Paradise by the Dashboard Light

Kathryn Biel is a new author to me although I have listened to narrator Sarah Sampino before. This is a case of mistaken identity and how one night can change lives forever. Meeting again years later Ian and Rio fall in love, although Rio has been in love with Ian without him knowing for as long as she can remember. Ian is rocked to find out that the woman he had a night of passion with was not his girlfriend but her twin sister Rio. The banter between them was funny at times and the narrator did an admirable job in using different voices. I enjoyed this story and found it realistic and the characters were easy to relate too. The chemistry between Rio and Ian was intense and I found myself hoping they would sort their issues out.

I received a free review copy of this book and am voluntarily leaving a review. I totally enjoyed reading this book. It’s well written and the characters were fantastic. I would suggest this book to my friends that like this sort of genera. this was a good book.

A couple trying to overcome a complicated love triangle. Very well narrated I’ll definitely check out more from this author.

A not so simple misunderstanding

This is a an engaging cute story with a huge misunderstanding. Almost makes me glad that I wasn’t a twin? I always thought they would be close but this shows one family where it’s good and another where all kinds of stuff go wrong. First off I LOVE the names Rio and Rain. Great Choice! The story drew me in and made me laugh a couple times. When Rio just randomly blurted out comments with innuendo in front of Ian. Hahahaha! Some of those were awesome. It also showed how into this guy she is. Yet he had not a clue....he would soon though! I listened to this on audio and Sarah Sampino did a good job. This is a first time author and I really enjoyed the story. I would recommend this to anyone who likes romance.

First off, the narration for the audio was great. The narrator fit the characters really well, and I even liked her guy voice. Solid, quality performance. *May Contain Spoilers* I was all set to give this 5 stars, but in the end, I just didn't like Rio's actions. The premise sounded a bit skeevy, but once I heard the particulars of what actually happened between Rio and Ian, I was totally on Rio's side. I also was totally loving the connection between Ian and Rio, and I love how Ian knew right away that Rio was the one for him and he fought for it. I loved that they both knew the whole stupid friends with benefits thing wouldn't work for them; that showed me that there was some intelligence in the characters. There was some great chemistry between them, and Ian is great. The romance has some really sweet moments too. There's some passion; it is mostly fade to black type stuff, but the passion does come across. There's some fun humor too. Originally, I loved Rio's sassiness; it started to grate on me at times, but I still mostly liked her. Unfortunately, what made the story drop in stars for me was that Rio had no intention of ever telling Ian that she was the one he slept with; she went out of her way to hide the secret, and I couldn't stand the way she "handled" her sister. Rio made very stupid decisions and I just didn't want to root for her anymore. If she would've been honest or had at least an inkling of an intention to tell him the truth, I would've loved this book. It's written well and I liked the ending; although, the ending would've been better with an epilogue. 3 stars is still a good rating and I'd say it's on the high end of the 3 star rating. I just wish the author went a different route with Rio and had her not be so selfish. Overall, I liked it and the listening experience was really good, so I say give it a go. Rio may not bother you as much as she did me; I really wanted to like her! Sad about it. I'd still be interested to check out more from Biel.