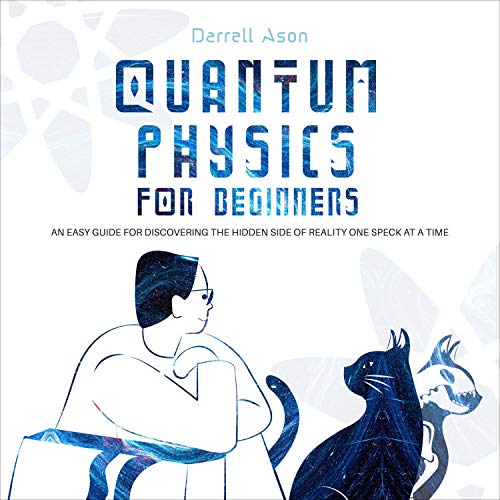 Written by: Darrell Ason
Narrated by: Jerry Wright
Try for $0.00

Want to learn about the basics of quantum physics and impress your friends at cocktail parties with some “big brain” trivia about some of history’s greatest scientific minds?

Think you could be a theoretical physicist, but you need to brush up on your knowledge of relativity first? Want to carry a book on the subway that will make your fellow passengers think you’re totally sophisticated? Great! Then Quantum Physics for Beginners is the book for you.

Explore the field of quantum physics from its infancy through its bright future with topics like:

Lastly, you’ll take a journey through today’s practical applications of quantum mechanics, chemistry, and physics to look at the future of clean energy, space travel, and medicine. You’ll also be given a peek at the theoretical side of modern quantum physics and learn about the work that scientists are doing to make the impossible possible. Quantum Physics for Beginners will whet your appetite for studying how the world works and jog your brain into thinking about everything around you in a whole new way!

Buy now to get started today!

What listeners say about Quantum Physics for Beginners