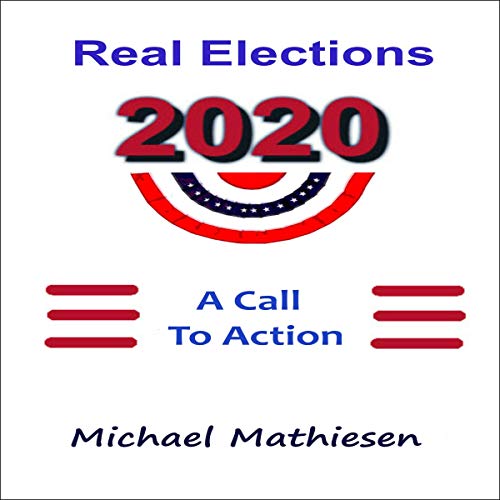 Real Elections 2020 is a call to action on how to upgrade our political elections system so that the people can vote directly for or against the best solutions to the nation's most pressing problems. Real democracy at last. In this audiobook, I give you the who, what, where, when, and how to have real elections - a real democracy in this country before it's too late to save us all.

In this year’s elections for the president of the United States, we’re faced with a huge dilemma. We are almost certain to suffer from the interference into our elections by at least one foreign power, maybe even more than one or two. We know this because our own intelligence community, the FBI, CIA, and the Department of Homeland Security have already seen evidence of this fact and have sounded a blaring alarm for the 2020 elections.

The only question we must ask ourselves now is what the hell are we going to do about it?

Who are we if we cannot make changes to the world in which we were born? Are we robots? Or, are we like ants who move about the world following a chemical trail made by others like us who moved along the road just in front of us?

But in our case, the chemical contrails we leave behind are so toxic and suffocating and poisons the planet so much that we may soon become the first species in billions of years of evolution who intentionally, and with malice for all, kills off all lifeforms on our own planet.

Here’s another example ripped out of the headlines of what it would look like and how it would feel: It's national ballot measures...and why not? Is it time to change the system of elections? What is a nation that's all about democracy if we can't get any real democracy?

In the real elections, we the people will soon be deciding how much taxes we should pay our government, what form our taxes should take, whether we may want to tax the major greedy corporations socking away billions instead of the hard-working just barely scraping by individuals of the country and many other things.

What listeners say about Real Elections 2020