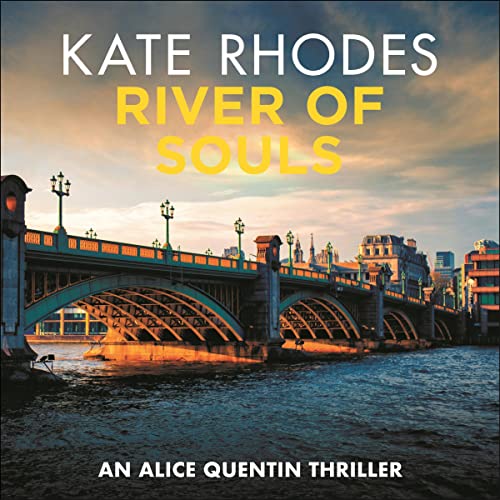 Written by: Kate Rhodes
Narrated by: Charlotte Strevens
Try for $0.00

Getting inside the mind of a killer isn't for the faint of heart....

A cold case and a series of drownings present forensic psychologist Alice Quentin with a terrifying mystery in an audiobook perfect for fans of Nicci French.

Jude Shelley, the daughter of a prominent cabinet minister, was assaulted and left for dead in the river Thames. Her attacker was never caught. A year later forensic psychologist Alice Quentin is asked to reexamine the case.

Then another body is found: an elderly priest, washed up at Westminster Pier. An ancient glass bead is tied to his wrist. Alice is certain that the Shelleys are hiding something - and that there will be more victims unless she can persuade them to share what they know.

The Thames has always been a site of violent sacrifice. And Alice is about to learn that some people still believe in its power.

What listeners say about River of Souls

the narrator is good. well done. I envoyed listening to this book. Amazing and super