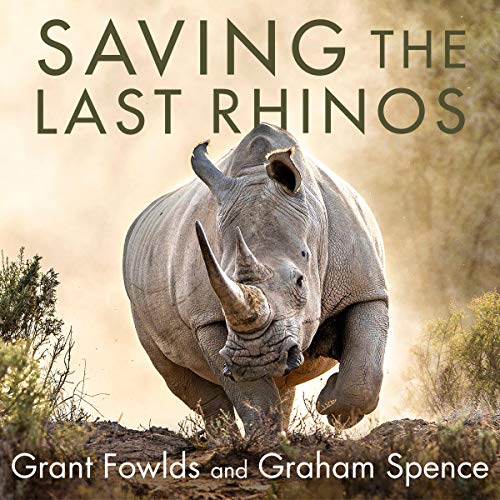 Each year, more than 1,000 rhinoceroses are killed - in South Africa alone. There are fewer than 18,000 white rhinos and only 5,000 black rhinos left alive in the wild. The situation with regard to this corrupt, illegal war on wildlife is clearly critical.

And what are rhinos killed for? Their horns - sold in shavings as a snake-oil 'cure' for colds or impotence. The going price is $16,000 a kilogram, but a rhino's horn is simply keratin, the same material as our fingernails, with no magical, medicinal properties.

Grant Fowlds is a passionate conservationist on the front line of protecting these iconic animals - right now, against armed poachers; but in the longer term, too, through his work with schoolchildren, communities and policymakers.

He is fiercely focused on highlighting the alarming increase in rhino poaching, a scourge which has put these mighty animals at serious threat of extinction. He is a partner of Rhino Art, founded by philanthropic adventurer Kingsley Holgate. Rhino Art's 'Let the children's voices be heard' project aims to gather the largest number of children's 'Art Voices' ever recorded, in support of rhino protection, and to use these heartfelt messages from the children of Africa and elsewhere in the world as a rallying cry against rhino poaching.

Grant works closely with all the biggest local and global conservation agencies, including the World Wide Fund for Nature (WWF). He has hosted Prince Harry at his family's game lodge, Leeuwenbosch, and the prince is very supportive of Grant's work.

We are most grateful to photographer Gerhard van der Westhuizen for the use of his stunning photograph on the cover of the book.

What listeners say about Saving the Last Rhinos

happy and sad tears all around

This book was beautifully written and has a beautiful heart wrenching story filled with tears and hope. Rhino conservation is very near and dear to my heart and this book was filled with positivity but with a strike reality that cuts through you but just as you think you can't cry anymore Grant tells a beautiful uplifting story about young African children determined to save their wildlife that just makes it all feel a little bit better.