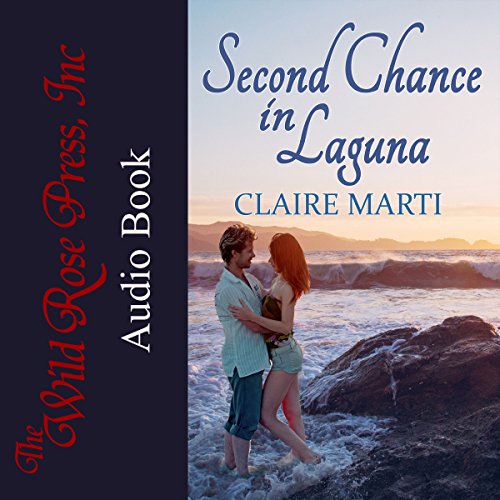 Written by: Claire Marti
Narrated by: Avie Paige
Try for $0.00

When Sophie Barnes’ fiancé jilts her at the altar, her carefully planned life implodes. Considering his betrayal to be a rude wake-up call, she leaves everything she knows in San Diego and flees to Laguna Beach. She vows to transform her life by avoiding men for a year and by fulfilling her dream of writing a wildly successful novel.

Sophie’s new landlord, Nicholas Morgan, is a gorgeous, successful architect with a player reputation. Nick’s avoided the intimacy of a long-term relationship - until Sophie’s independence, courage, and beauty touch his guarded heart. Both Sophie and Nick are terrified of being hurt again, but can they resist the pull of true love?

What listeners say about Second Chance in Laguna

This is my second listen from the author. I listen to book 2 first. This is book 1 in the series . This story is about betrayal , second chance at love and finding true love. The narrator was good. She had a clear voice .

The hero is Nick. Heroine is Sophie .
Sophie was jilted at the alter . Sophie was devestated . But She moved on ... by buying a house in a small town she never seen or been to . She needs wants a fresh start . So she follows her heart for a carrer .... she becomes a writer .

Her landlord is Nick. Nick is a ladies man. Nick also wants Sophie. Sophie and Nick have an attraction between the two of them.
But Sophie has a rule . And she broke it will Nick.
Will they find their ever after

Amazing listen that I couldn't put down! Relatable characters and a love that will make your heart flutter!

Second Chance in Laguna is a light romance that’s ideal if you’re after a few hours of entertainment.

Nick, whose reputation as a serious player is well known in the small community that Sophie runs to after being jilted at the altar. Both are focused on their careers and are not looking for a relationship. But what can you do when the attraction is there and you just can’t help yourself? The writing is quite smooth and I enjoyed getting to know all the main and secondary characters. The plot is a little thin on believability (relatively young, yet scaled heights of their respective careers) but it works for this style of book.

Avie Paige does a good job narrating the book. The book is evenly paced. Emotions are well conveyed and each character has a distinct voice. The male voices are quite well done; my only niggle is at times Nick sounded somewhat garbled.

This book also nicely sets up the couple that feature in book 2 of the series.