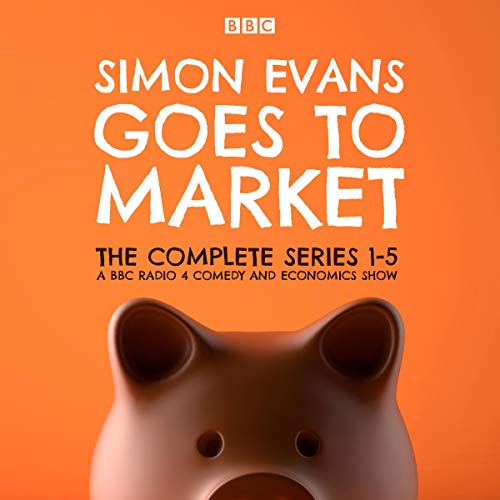 How do you make money funny? How do you put the comedy in commodity? In this BBC radio show, Simon Evans sets himself the challenge of making economics entertaining through comedic lectures, with the help of special guests including investment gurus, financial journalists and economists.

In series one and two, he examines the chequered social and economic histories of eight important commodities: land, gold, oil, grain, alcohol, tobacco, coffee and sugar. By looking at these fundamental products, Simon brings us to a closer understanding of how global economic forces have a far-reaching and often surprising impact on our lives.

Series three sees him exploring four of the stages that mark our journey through life - youth, marriage, birth and death - and how economics is part of every one of those stages, whether we like it or not. In series four, Simon looks at the concept of the ‘free lunch’ and shines a light on new ways of making money in the 21st century, from social media and multinationals that appear to be operating tax-free to philanthropy and the cost of health.

Finally, in series five, he points his jokenomics lens at the competing theories of macroeconomics and the ‘Big Beards’ who devised them - Adam Smith, Karl Marx and John Maynard Keynes - and reflects on how they shape our world today, and how they can help us out of our current economic predicament.

Among his regular guests are Financial Times columnist and presenter of Radio 4’s More or Less, Tim Harford; Timandra Harkness, author of Big Data: Does Size Matter?; and the queen of investment know-how, editor-in-chief of MoneyWeek Merryn Somerset Webb.

What listeners say about Simon Evans Goes to Market: The Complete Series 1-5