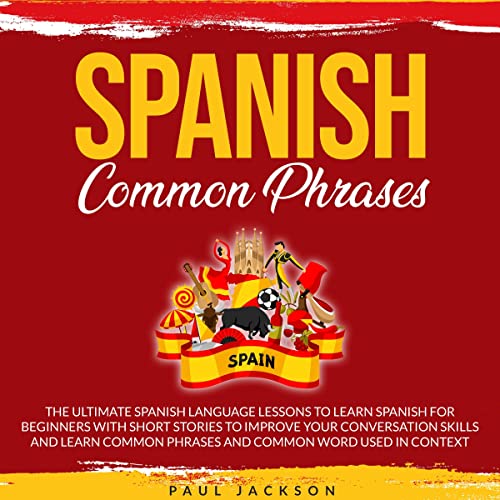 Are you looking for a complete guide on common Spanish phrases? Then keep reading...

The first thing that I always hear from people trying to learn a new language is that it’s overwhelmingly difficult or that they’re simply not cut out for it for this reason or that. That’s essentially a total lie. Our brains are hardwired for language.

Maybe, traditional approaches to language learning have really burned you out, and you’re looking for something a tad more interactive. Well, let me tell you that you’re without a doubt making the right first steps.

People who can speak multiple languages are known as polyglots. Some are simply savants, some are hobbyists, and some are born or groomed into situations where they need to speak multiple different languages. Most polyglots will agree that the single best way to learn a language is through the concept of immersion. Why? Let me explain.

The reason I’m telling you this is because English and Spanish are, unfortunately, not from the same language family. English is a Germanic language, descending from the West Germanic languages. However, the fact that the United Kingdom is extremely close to both Spain and France and the heavy involvement of the Normans in England in the Middle Ages, there are quite a few similarities.

So, let’s get started!