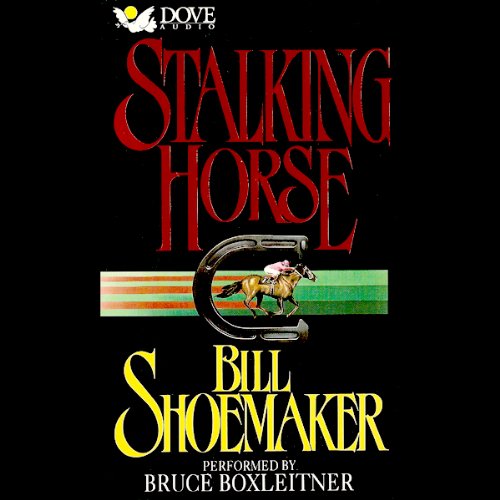 Written by: Bill Shoemaker
Narrated by: Bruce Boxleitner
Try for $0.00

Raymond Starbuck ruined star jockey Colley Killebrew's reputation - so why is Colley cutting a deal with him? When Colley was barred from the track after a race-fixing scandal, he also lost his irresistible redhead girlfriend, Francie Dorn. Starbuck says that if Colley can keep some unsavory cronies from muscling in on the old Magnolia Park track, he'll give Colley $10,000 - and Francie's address. Is this the opportunity he's been waiting for, or will Colley blow his chance when Starbuck's leggy, blonde daughter Lea turns up - a woman who's as skilled at seducing men as she is at blowing them away?

What listeners say about Stalking Horse

very much like a dick francis book. also i liked the insight into the gambling / horse racing it makes it informative. also thought the narrator was good. it's a mystery book with horse racing in it. the end of the book gets complicated for a narrated book - maybe it would have been better to actually read it than to have to pay attention to it.