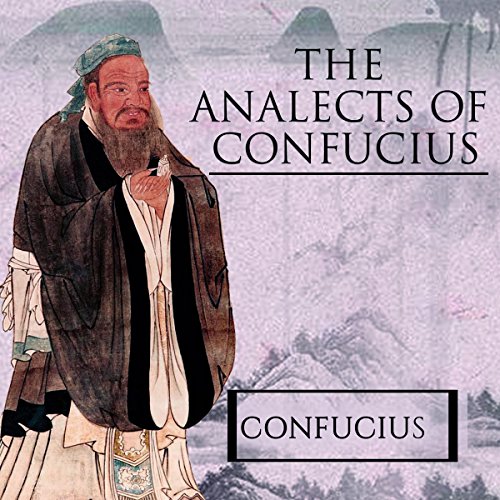 The Analects of Confucius

Written by: Confucius
Narrated by: Arthur Grey
Try for $0.00

The Analects is a collection of sayings and ideas attributed to the Chinese philosopher Confucius and his contemporaries, believed to have been compiled and written by Confucius's followers.

Confucius believed that the welfare of a country depended on the moral cultivation of its people, beginning from the nation's leadership. He believed that individuals could begin to cultivate an all-encompassing sense of virtue through ren and that the most basic step to cultivating ren was devotion to one's parents and older siblings.

He taught that one's individual desires do not need to be suppressed but that people should be educated to reconcile their desires via rituals and forms of propriety through which people could demonstrate their respect for others and their responsible roles in society.

What listeners say about The Analects of Confucius


The Analects are fragments of a very ancient Chinese work attributed to Confucius. Arthur Waley is an outstanding translator and a poet in his own right. This is a book of wisdom and is extremely helpful to those who wish to explore their own humanity

Reading could be better but ok.

The reading was dry and the tempo seemed slightly rushed. The translation was relatable. I would prefer some translation notes as well as historical context. But for the analects themselves this is good.

I have lived in the east, Korea and Japan, and in the West, America. This book is an insight onto one of the aspects of all cultures and that is developed political and philosophical doctrine, which the book delivers well. It explains the systems in place and helps one develop and connect to different people and understand them as human beings or the rationality that developed those cultures.

The material and narration however, while worth while for the reasons listed above, is very try and a bit slogging to get through. Which is not unexpected.

if you are like me, don't know much about Confucius and want to get a little insight into one of the most notable books, well it's probably not the right place to start. at least for me it was very difficult to gasp the ideas of the book. I most certainly need more information and preparation to understand it, especially in audiobook version.