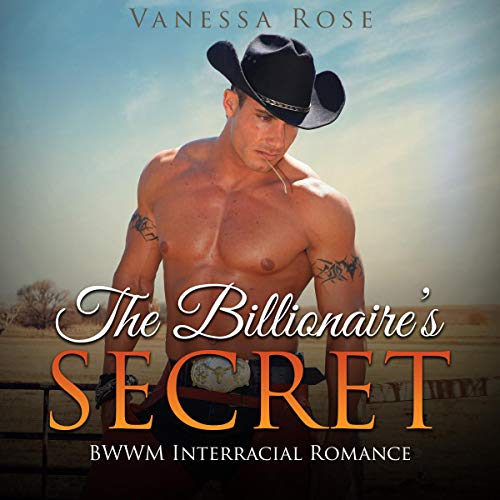 Written by: Vanessa Rose
Narrated by: Kyra Cornett
Try for $0.00

Joshua Tanner is a tall, handsome, muscular, and wealthy agricultural businessman. Having come from a wealthy family, he was well set up to be successful, but he used his own intelligence and vision to achieve his goals by the age of 35. It is not until his father begins bearing down on him about marriage that he realizes his parents are not fully satisfied with the life he leads.

When his father tries to force him to marry his ex, he gets the help of Sasha, a young beautiful, strong black woman, to make it through a hellish ordeal with his parents. What neither of them expects is to fall madly in love with each other and end up wanting much more than originally planned. However, with so little time before the ex arrives, will it be enough?!

Warning: Listeners should be 18 or over due to mature content and language

What listeners say about The Billionaire's Secret: BWWM Interracial Romance

At first it took me a while to get in it. But over all a short but a great one just the same

I enjoyed this quick story - I think a longer version would be a great listen.
I was provided with a free copy of this audio book for my honest review.

I liked this short story. It was a little rushed. Could have used a few more chapters. Loved the narrator Kyra Cornett. She was very entertaining.

I can't decide if this was a story set around the erotica or if the erotica was a mechanism for getting to readers.

Either way it is a very short story. There were many opportunities to put more depth and understanding in the story making it more believable. There is a lot self talk about the parents and not understanding where they were coming from. I itched to have Joshua ask why they were talking marriage with his ex and so fast and to butt out of his life but he just took it and went along avoiding the real issues.

Sasha was okay but I could see her as playing Joshua for his money and prestige. Maybe if the story had more of them it would have flowed better and been more believable. Insta-love is always difficult but this one didn't come close.

I recieved a Audible copy of this story in exchange for a honest review.

Joshua, a successful businessman is happy with his life. But lately, he has been getting pressure from his parents to get married. Why, he isn't sure, but when they suggest his ex-girlfriend, he knows he has to take matters into his own hands. Sasha is attracted to Joshua, and their chance meetings have had off the charts chemistry. Will his crazy plan land them in love? I enjoyed this short, though I do think it could have used a little more character development. It felt a little rushed, and I would have liked to have gotten to know Josh and Sasha better. It is an enticing premise, and the narration by Kyra Cornett is entertaining.