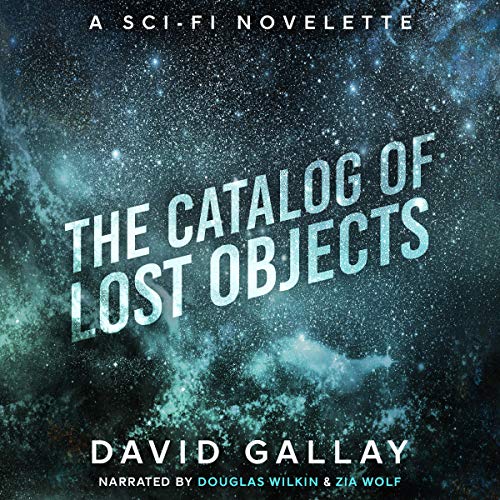 The Catalog of Lost Objects

Should some things remain lost?

In the near future devastated by a catastrophic ecological event, a dying young woman appears at the gates of a secretive desert commune. Onelia, an artist, is a refugee estranged from her home, family, and identity. Survival requires leaving everything behind. The billionaire industrialist running the compound offers Onelia the ultimate escape through a groundbreaking method of time travel. Can she turn it down?

Four hundred years later, Malik and The Flea - his sentient jump-ship and best friend - travel the vast emptiness of space salvaging the past. Together, they sift through le Catalogue Des Objets Déplacé containing artifacts both legendary and mundane.

Separated by centuries, Onelia's and Malik's lives intertwine on a mythical starship at the furthest edges of possibility.

What listeners say about The Catalog of Lost Objects