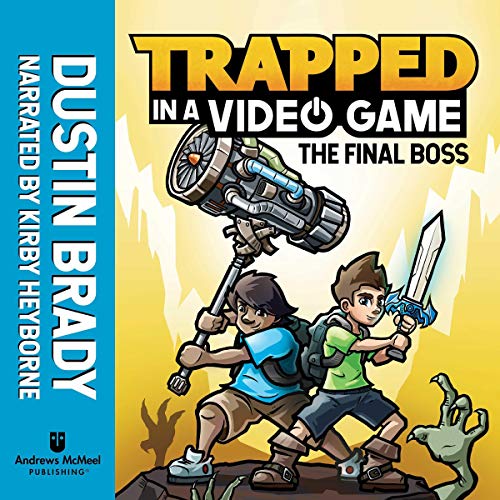 Written by: Dustin Brady
Narrated by: Kirby Heyborne
Try for $0.00

Kids who love video games will love this fifth and final installment of the five-book series about 12-year-old Jesse Rigsby and the wild adventures he encounters inside different video games.

Jesse and Eric have 10 minutes to save the world. In those 10 minutes, they’re supposed to dive into a massive video game universe, track down an all-powerful madman, and stop his evil plan before it’s too late. Sound impossible? It’s super impossible.

There will be fire-breathing pterodactyls, angry green giants, and unicorns that shoot lasers out of their hooves. If Jesse and Eric are going to survive long enough to fight the final boss, they’ll need to rely on each other like never before. Do they have what it takes? The clock is ticking.

What listeners say about The Final Boss