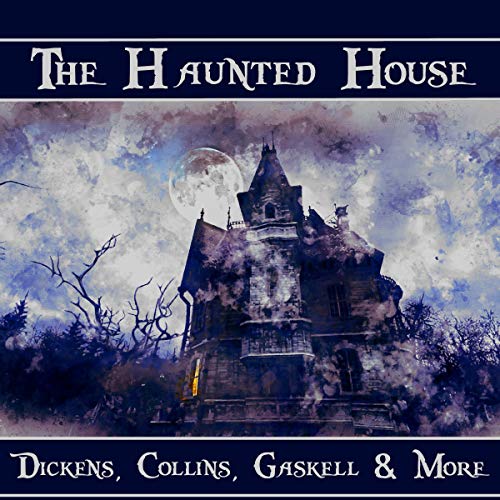 Whilst writer Charles Dickens needs no introduction, his Haunted House anthology might, not least because in his role as editor, he introduces a formidable array of known and lesser-known literary talents.

Dickens started a tradition of releasing stories each Christmas with A Christmas Carol in 1843. The Haunted House was his 1859 offering, and, as the name suggests, is set in a large house which, as his introductory story explains, is desired by John the narrator, as a temporary country retreat for health reasons.

He is made aware of the terror the house holds for the locals, but undaunted, he and his sister, Patty, take residence without any servants, save for the deaf stable hand, who is untroubled by the ghostly goings on.

John and Patty invite friends to visit, and except Patty, who keeps her own room, they all draw lots for which rooms they will stay in but agree not to share their experiences of their rooms until the 12th night.

On that night, they all gather together to feast on their experiences and share them with each other.

The Haunted House is a skillful portmanteau by Dickens, assembling the best literary talent of his age, including Wilkie Collins, Elizabeth Gaskell, Hesba Stretton, Adelaide Anne Proctor, George Augustus Sala and, of course, the literary leviathan himself, to delight us, scare us and occasionally raise a laugh or two before the next moment of fear and dread come calling.

What listeners say about The Haunted House