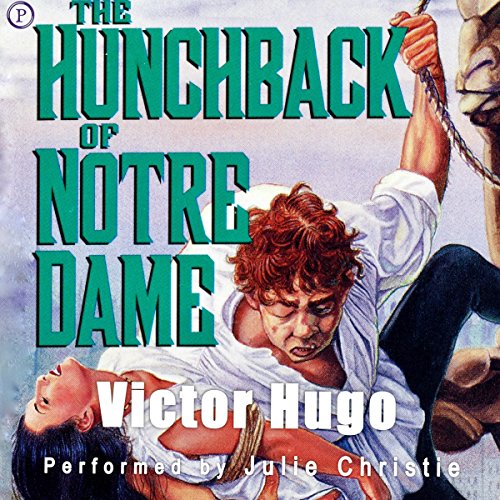 The Hunchback of Notre Dame

Written by: Victor Hugo
Narrated by: Julie Christie
Try for $0.00

This tale of a man with no comfortable place in scandalous medieval Europe has become the story of a poignant hero.

When Quasimodo, the hunchback of Notre Dame, appears before the masses as the "Pope of Fools", the crowd beholds an enormous cyclops-like creature. His whole body seems a twisted grimace. Yet, with all his deformity, there is a certain grace and agility in him and he possesses an endearing passion...and when the gypsy Esmerelda stands between his two executioners, Quasimodo makes the ultimate sacrifice.

Narrated by Academy Award winning actress Julie Christie, best known for her starring roles in Shampoo and Finding Neverland and her leading role as Lara in Dr. Zhivago.

What listeners say about The Hunchback of Notre Dame