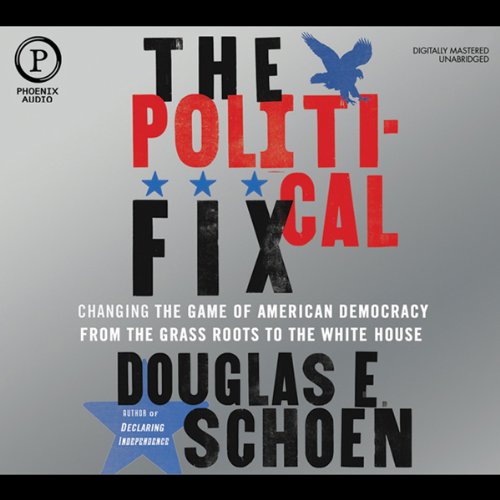 Even in the wake of the most successful grassroots campaign for president in a generation, the business of Washington has not changed. Politicians are dedicated not to the public's welfare but to their own reelections, which are dependent on unbending loyalty to party leaders and perpetual fund-raising. The justice system is entangled with electoral machinations, perverting the checks and balances at the heart of democracy. Most Americans agree that our political system is fundamentally broken. But the electoral system can be mended.

In The Political Fix, Douglas E. Schoen, one of America's foremost pollsters, lays out a series of provocative yet highly achievable solutions - from completely unmoderated debates to a rotating primary schedule - that will compel politicians to be responsive to citizens rather than to special interests. As grassroots protest movements from both the left and the right continue to grow, Schoen provides a rallying cry and an action plan for those thousands of Americans hungry for long-lasting, meaningful political reform - reform that transcends a single politician and a single party and involves, serves and, inspires the American people.