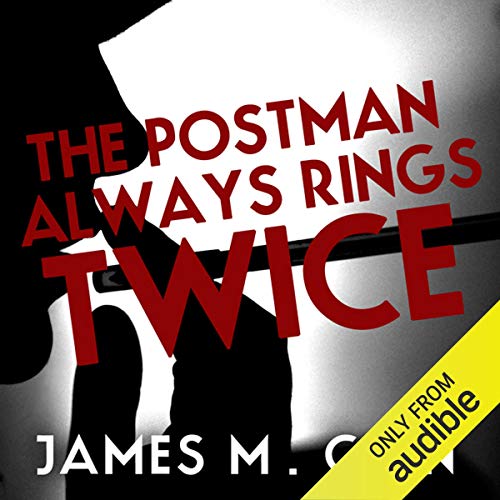 An amoral young tramp. A beautiful, sullen woman with an inconvenient husband. A problem that has only one, grisly solution; a solution that only creates other problems that no one can ever solve.

First published in 1934 and banned in Boston for its explosive mixture of violence and eroticism, The Postman Always Rings Twice is a classic of the roman noir and regarded as one of the most important crime novels of the 20th century. It established James M. Cain as a major novelist with an unsparing vision of America's bleak underside, and was acknowledged by Albert Camus as the model for L’Etranger.

James M. Cain was born in Annapolis, Maryland, in 1892. Having served in the US Army in World War I, he became a journalist in Baltimore and New York in the 1920s. He later worked as a screenwriter in Hollywood. Cain died in 1977.

"Nobody has ever quite pulled it off the way Cain does, not Hemingway, and not even Raymond Chandler." (Tom Wolfe)
"A good, swift, violent story." (Dashiell Hammett)

What listeners say about The Postman Always Rings Twice

First read of Cain and it was exceptional. Highly recommend. Good for fans of pulp fiction.

This book is rightly ranked among the best Mysteries ever written. It involves scheming, maneuvering, infidelity, blackmail, and murder. The events are totally engrossing with twists and turns in virtually every chapter.
James M. Cain writes gritty dialogue and fascinating twists - but the characterization is weak and the delivery is staccato. In general, it's satisfying but I can't help feeling this tale could have been much more.

Stanley Tucci is not a great reader. His delivery is monotone and the few accents he tries are straight-up awful. He definitely puts in the effort, however. The apparent disinterest is belied by him actually singing drunken dialogue at one point.

The conversation is a little confusing. Cannot tell who is saying what. The story is engaging. The performance needs to be improved.

What did you love best about The Postman Always Rings Twice?

Great story,real characters told by the chief proponent in his own street style and no waffling around with needless dialogue and scenes.