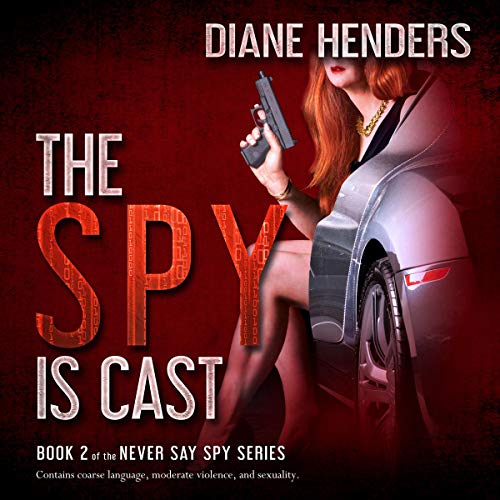 The Spy Is Cast

If a kick-ass middle-aged bookkeeper got sucked into a spy’s life...

When a clandestine government agency recruits middle-aged bookkeeper Aydan Kelly, she overcomes her fear and agrees to go undercover at a lavish gala affair. But the glamour of the mission fades fast when she finds herself astride a motorcycle, assigned to an all-male surveillance team.

Aydan discovers spies are using classified technology to torture information from their captives. Worse, they know she’s breached their security. Now she has to prevent them from revealing her true identity, while avoiding capture by the vicious criminals who won’t hesitate to torture her, too.

Contains coarse language, moderate violence, and sexuality. The story can stand alone but will be more enjoyable if heard in order.

Books in the series:

What listeners say about The Spy Is Cast