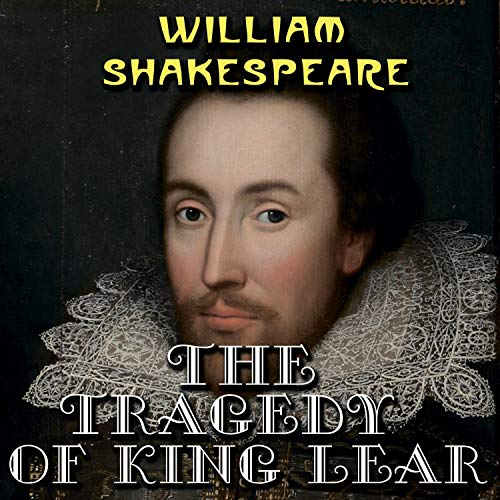 The Tragedy of King Lear

Written by: William Shakespeare
Narrated by: Mark Bowen
Try for $0.00

King Lear is a tragedy written by William Shakespeare. It tells the tale of a king who bequeaths his power and land to two of his three daughters, after they declare their love for him in an extremely fawning and obsequious manner. His third daughter gets nothing, because she will not flatter him as her sisters had done. When he feels disrespected by the two daughters who now have his wealth and power, he becomes furious to the point of madness. He eventually becomes tenderly reconciled to his third daughter, just before tragedy strikes her and then the king.

Derived from the legend of Leir of Britain, a mythological pre-Roman Celtic king, the play has been widely adapted for the stage and motion pictures, with the title role coveted by many of the world's most accomplished actors.

The first attribution to Shakespeare of this play, originally drafted in 1605 or 1606 at the latest with its first known performance on St. Stephen's Day in 1606, was a 1608 publication in a quarto of uncertain provenance, in which the play is listed as a history; it may be an early draft or simply reflect the first performance text. The Tragedy of King Lear, a revised version that is better tailored for performance, was included in the 1623 First Folio. Modern editors usually conflate the two, though some insist that each version has its own individual integrity that should be preserved.

Among the most significant works William Shakespeare: Hamlet, Othello, King Lear, Macbeth, Orpheus, Romeo and Juliet, Julius Caesar, Troilus and Cressida, The Tempest, Venus and Adonis, Antony and Cleopatra, Measure for Measure, The Winter's Tale and many more.

What listeners say about The Tragedy of King Lear

Not exactly "The Tragedy of King Lear"

I was attracted by the title and description, hoping this would be audio of the 1623 Folio version of "The Tragedy of King Lear." NOT THE CASE. This is, as usual, a compilation of the 1608 Quarto and 1623 Folio. Great play nonetheless, but unfortunate for those hoping to study F only.

If you're reading for pleasure, you can find a better performance.