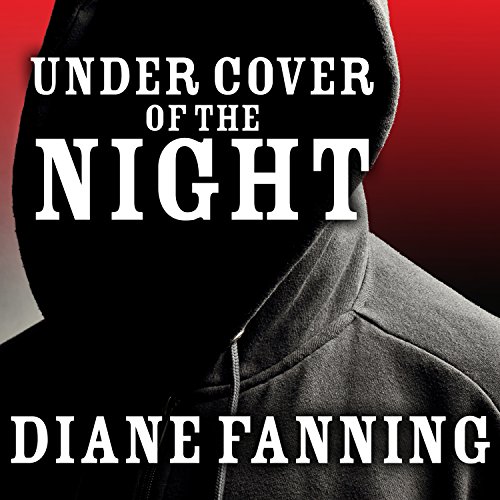 Under Cover of the Night

Jocelyn Branham Earnest was found dead on the floor of her living room in Forest, Virginia. By her side was a gun and a suicide note-typed, lacking a signature, and with one fingerprint on it. A fingerprint apparently belonging to Jocelyn's estranged husband.Wesley Earnest was a respected high school administrator, poised to restart his life in a new community. Parents entrusted their children to his care and believed he was above reproach. But the investigation into the life the couple once shared would reveal adultery, troubled finances, and shattered dreams - enough for one man with murder on his mind to travel hundreds of miles.

What listeners say about Under Cover of the Night

Would you listen to Under Cover of the Night again? Why?

I would not listen to it again but it was written wonderfully. Diane Fanning really delivers with this book. Nice to hear something from the Virginia area. An easy listen. Enjoyed hearing about the characters in detail - so you can relate and feel them coming alive. Like looking through a window watching it unfold.

I would guess the Commonwealth for their dedication in bringing justice for Jocelyn.

Have you listened to any of Dan John Miller’s other performances before? How does this one compare?

This is my first experience with this narrator. He does a great job. Sometimes it's a bit much trying for the southern drawl. Much of his work during this book was more story telling than reading a script.

Would like to hear more stories from the Virginia area / south. So many are in Texas or in Washington state.

Would you be willing to try another one of Dan John Miller’s performances?

No, but in fairness I should say he is not as awful as his predecessors.

I enjoyed this true crime story, it was made better to me by the great narration by Dan John Miller, who has a very pleasant voice, and also is able to use many different voice variations for people who are quoted in the book. (I get it that a man doing a woman's voice doesn't really sound like a woman, but I think he does pretty well considering- I'm sure it isn't easy)

Would have preferred this be read by a woman.

Would you try another book from Diane Fanning and/or Dan John Miller?

I absolutely plan to listen to more by Diane Fanning but will avoid Dan Miller. The story here is very worthwhile and Fanning does a great job portraying it without bias.

What other book might you compare Under Cover of the Night to and why?

For Laci, because it's about an arrogant, sociopath husband that killed his wife in cold blood and then lies to everyone thinking he can just move on with his life with his mistress. The difference between the two is this book is much more impersonal, as it comes from Fanning's perspective based on facts and family testimony.

I could not stand how he read the female voices. It sounds very meek and too high pitched. His Southern accent reading the men's voices was pretty good, but on the females he missed the boat entirely. This made it hard to get through the book because the females talk more than the males and this story was about Joselyn. For this reason, I definitely feel this should have been read aloud by a female.

Could you see Under Cover of the Night being made into a movie or a TV series? Who should the stars be?

**Spoiler** RIP Joselyn, this story is so heart-wrenching because she really did know what was going to happen to her and took steps to prevent it. What was up with the alarm system being turning off AFTER she got home? Seems kind of pointless on the company's part.