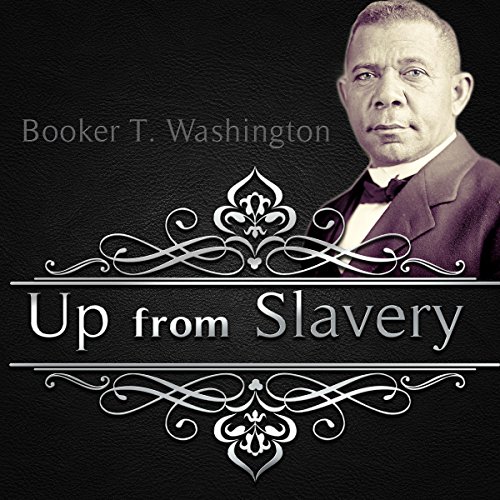 Booker T. Washington's Up from Slavery is his self-reflection that recaptured his younger years as a slave in rural Virginia, his journey through higher education, and his life as a successful, influential statesman. Though he faced numerous hardships including devastating enslavement and surviving the turbulence and devastation of the Civil War, Washington rose to a position of international power and prominence. He became one of the most influential and well-respected African American intellectuals, thought-leaders, and advocates of the 19th century. He went on to advise President Theodore Roosevelt, to establish and become president of the Tuskegee Institute, and to gain notoriety worldwide as an oratory leader. Up from Slavery is a true inspiration and testament to the grit, courage, and wisdom of a man determined to beat all odds.

What listeners say about Up from Slavery

A fascinating journey back in time...

This audiobook is soooo interesting simply because it puts you way back in time and gives you an idea of how times must have been in Washington's day / when slavery was still common. A great first-hand account - highly recommended.

Listen to how Washington came up from slavery and who of his contemporaries he met.


This book was given to me for free at my request and I provided this voluntary review.

Highly recommend everyone of every class and race read this book. Applying the wisdom within and seeing the reality of our shared past will profit in multiple ways every person moving forward.

BTW was a great orator and a witty man. It would be better were the reader more animated.