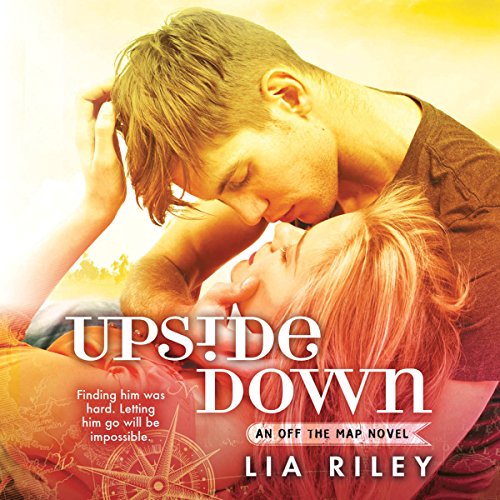 If You Never Get Lost, You'll Never Be Found

Twenty-one-year-old Natalia Stolfi is saying good-bye to the past - and turning her life upside down with a trip to the land down under. For the next six months, she'll act like a carefree exchange student, not a girl sinking under the weight of painful memories. Everything is going according to plan until she meets a brooding surfer with hypnotic green eyes and the troubling ability to see straight through her act.

Bran Lockhart is having the worst year on record. After the girl of his dreams turned into a nightmare, he moved back home to Melbourne to piece his life together. Yet no amount of disappointment could blind him to the pretty California girl who gets past all his defenses. He's never wanted anyone the way he wants Talia. But when Bran gets a stark reminder of why he stopped believing in love, he and Talia must decide if what they have is once in a lifetime...or if they were meant to live a world apart.

Book one in the Off the Map series

" Upside Down gave me all the feels. Romantic and poignant, the journey of love and acceptance lingers long after the book is closed." (Jennifer L. Armentrout/J. Lynn, number-one New York Times best-selling author)
"Lia Riley turned my emotions Upside Down with this book! Fast paced, electric, and sweetly emotional - I couldn't put it down!" (Tracy Wolff, New York Times and USA Today best-selling author)

What listeners say about Upside Down

What did you love best about Upside Down?

First and foremost this book is AMAZING!!!!!! I loved the way her "issues" didn't stop her living and the fact that she had someone (Bran) that could help her over come certain issues and certain obstacles was great. I love the way "SEX" wasn't as descriptive as most books I have read or listened to!!!! Everything about this book was off the wall exciting, sad, angry, intimate and loving!!!! I felt all her emotions and even cried with Talia!

MY favorite character is of course Talia. Even though she had certain feelings she really didn't let them run or triumph over her life and the way she controlled her self was brave, courageous no wait .... it was breath taking!!!!

Which character – as performed by Brittany Uomoleale and Tim Wright – was your favorite?

Yes, I listened to this book while working and when ever I had to pause it I could not wait to sit down and work again!