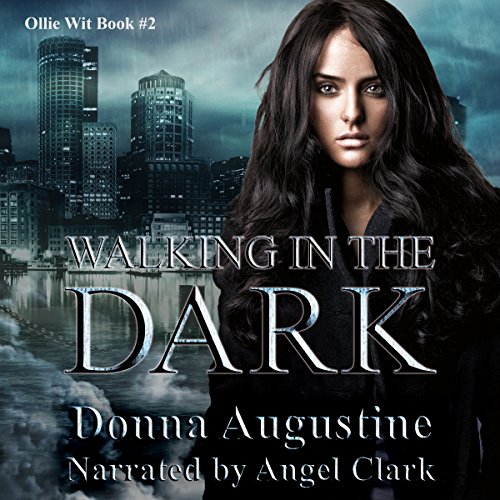 Walking in the Dark

Ollie left it all behind: a new home, friends who saw her as something more than a fragile shadow walker, and a budding relationship with Kane. It was all in an effort to shield Asher, who should never have been able to escape the Shadowlands.

Now, her money is gone, her hopes of saving other shadow walkers has slipped through her fingers, and Kane won’t speak to her. She’s been abducted by leprechauns who think she committed an unspeakable crime. The vampires want her dead and there’s a crawler blowing up End of the Rainbows. Kane might not want to work with her, but he’s going to have to, because all hell is breaking loose in Boston.

What listeners say about Walking in the Dark

read the 1st book before this one.

A lot of series tend to flop in the 2nd book. Not true here. I enjoyed this book as much the first book. This series you really need to read/listen to in order to get the full feel of the story.

In this book its been months since the 1st book. Ollie has spent all her money and tge bills are piling up. So she decides to suck it up and ask Cane to work with her again.

Just as good as the 1st book!

I loved this book just as much as book #1. I feel bad for Ollie :) I do love her though. This was a great 2nd book and I can't wait to get a hold of the next one.