Living in a Fantasy World Has Never Been So Fun

Explore the vast, genre-fluid world of fantasy at Audible

Newcomers to fantasy might expect the genre to only play its greatest hits: wizards, goblins, mythical lands and a fair share of swordplay. In truth, there are about as many fantasy subgenres as there are fantasy titles. Fantasy’s a fluid genre, whose creators are unafraid to take risks, blending conventions and employing a variety of stylistic registers.

That bodes well for you, the listener. Whatever you want from your fantasy titles, you’re likely to find it, whether it’s mysterious detective plots, intimate character studies, coming-of-age moments or even a few of those goblins and wizards mentioned above. Fantasy isn’t a monolithic genre and that’s why we love it.

To celebrate fantasy’s great diversity, we’ve put together a few of our favourite genre-bending series. Each of these incredible fantasies sparks the imagination in new and creative ways, proving there are no rules in fantasy.

And once you’re done listening to these, come back for even more of our top fantasy audiobooks.

A man walks into a smoky bar, shakes the rain from the sleeves of his leather duster and taps his ring on the tables as he approaches the shadowy figure on the other side of the room… It’s the kind of scene we love in hardboiled detective titles. Only, in Butcher’s version, the duster is enchanted with protective magic, the ring releases a wave of kinetic energy and the shadowy figures he pursues are vampires, ghosts, werewolves and demons.

The deliciously fun, genre-bending Dresden Files series follows Harry Dresden, a detective and wizard determined to keep Chicago safe. As Butcher himself puts it, Dresden is “as much Sherlock Holmes as Gandalf, as much Columbo as Merlin”. From his introduction in Storm Front through to his latest case in Skin Game, it’s easy to see why Dresden has amassed such a cult following. 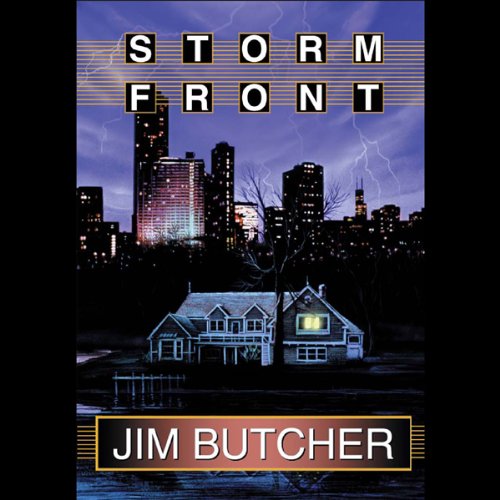 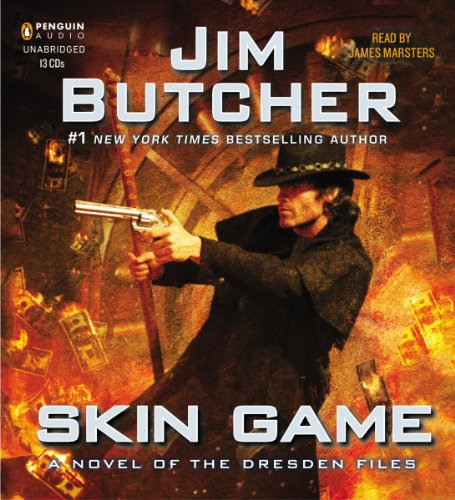 Skin Game: A Novel of the Dresden Files, Book 15

Set in a dystopian future when practitioners of magic are hunted and killed, the series’ first title Year One centers on Lana and Max, a magical couple escaping New York City for the relative safety of the West. The next two titles follow their daughter, Fallon Swift, as she discovers her gifts and fights to save the magical world from further tyranny. 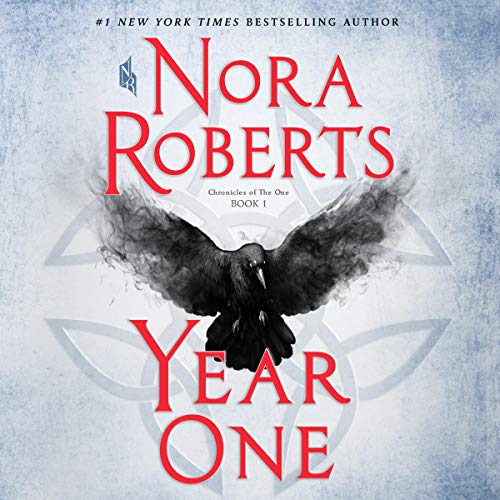 Year One: Chronicles of The One, Book 1

Chronicles of the One is more than its “good versus evil” plot. Along the way, it morphs into a meditation on the nature of oppression, the need for community and the hardships of coming of age. It’s magical, epic, romantic and – best of all – entirely addicting.

For more fantasy with a magical bent, check out the paranormal fantasy titles available at Audible.

Attempting to sum up the Lightbringer series succinctly is like trying to push a mountain through the eye of a needle. Words like “sprawling” and “epic” come close to capturing Brent Weeks’ masterstroke series, but even they come up shy.

Following Gavin Guile, and later his son Kip Guile, the series centers on “drafters” who use magic to turn light into a powerful physical substance called Luxin. That’s about the barest summary we can give of a series this narratively complex and thematically rich. Weeks is a master of world building, blending dark elements and high fantasy, and you really just have to listen to the series to get the full picture.

Luckily, the final installment The Burning White was released this past Fall, so the series is perfectly binge-worthy. If you want to immerse yourself in a truly idiosyncratic fantasy vision, hit play on the first title The Black Prism and we’ll see you back in a few weeks! 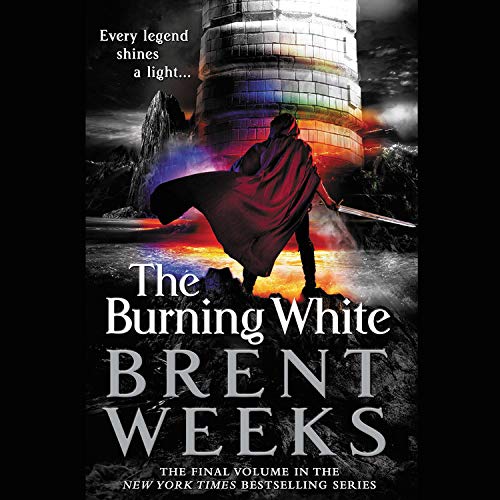 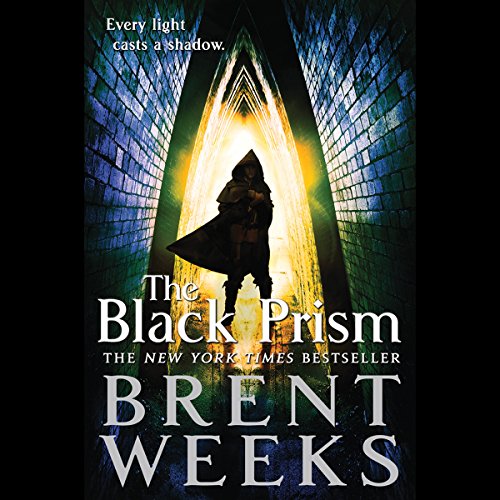 Don’t worry: when you get back, we’ve got even more epic fantasy stories for you to enjoy!

You love superhero fiction. You love fantasy. But have you listened to a series that captivatingly combines the two? If not, then let us introduce you to Brandon Sanderson’s fantastic The Reckoners series.

In a post-apocalyptic world, a mysterious object known as the Calamity has burst just outside earth’s orbit, emitting waves of radiation that have imbued a small fraction of humans with superpowers. These new superheroes, called Epics, could have been the saviours humanity needed – but instead they got power hungry.

Beginning with the amazing Steelheart, we follow David, a normal human resident of Newcago (formerly Chicago), as he takes up the cause of fighting the repressive superheroes – not just to avenge his father’s death, but to put an end to their rule once and for all. For this and many more superhero fantasy audiobooks, visit the Audible website. 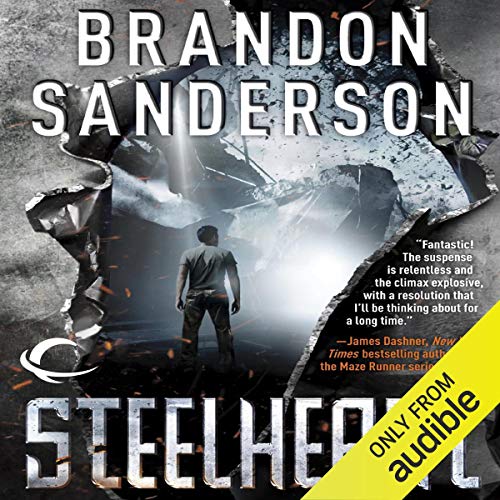 Each of the three titles in N.K. Jemisin’s The Broken Earth series scooped up the Hugo Award for Best Novel – the first time in history someone’s won the prestigious award three years in a row. It doesn’t surprise us, really; all three titles are phenomenal.

The series takes place in the distant future, when Earth is once again home to a single supercontinent and wracked by climate disasters. Only Orogenes, a group of magical people with the ability to control the weather, can help save people, but they can also cause weather disasters. Subsequently, the Orogenes are hated and feared, taken from their homes as children and brutally subjugated. The Broken Earth series follows three separate Orogene women as they struggle to survive, their paths eventually colliding.

Blending literary sensibility with fantasy elements, Jemisin weaves a story about oppression, marginalization and climate change that is both an allegory for our time and a transportive feat of fantasy world building. It’s the kind of genre bending we’re here for.

Canada’s own Margaret Atwood put it this way, “Well of course people cross genres all the time. You could have… some galaxy far, far away and in another time with spaceships, but also dragons. And there's no rule that says you can't do that.” We believe that’s a sentiment worth celebrating. 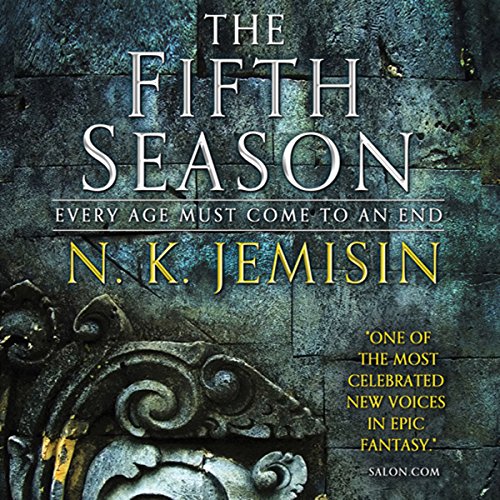 Tell us about your favourite genre-bending fantasy listens.

Your first free audiobook is waiting.
Get Started
All articles: fantasy
fantasy
What Fantasy Can Teach Us About Ourselves

fantasy
What Fantasy Can Teach Us About Ourselves

fantasy
What Fantasy Can Teach Us About Ourselves