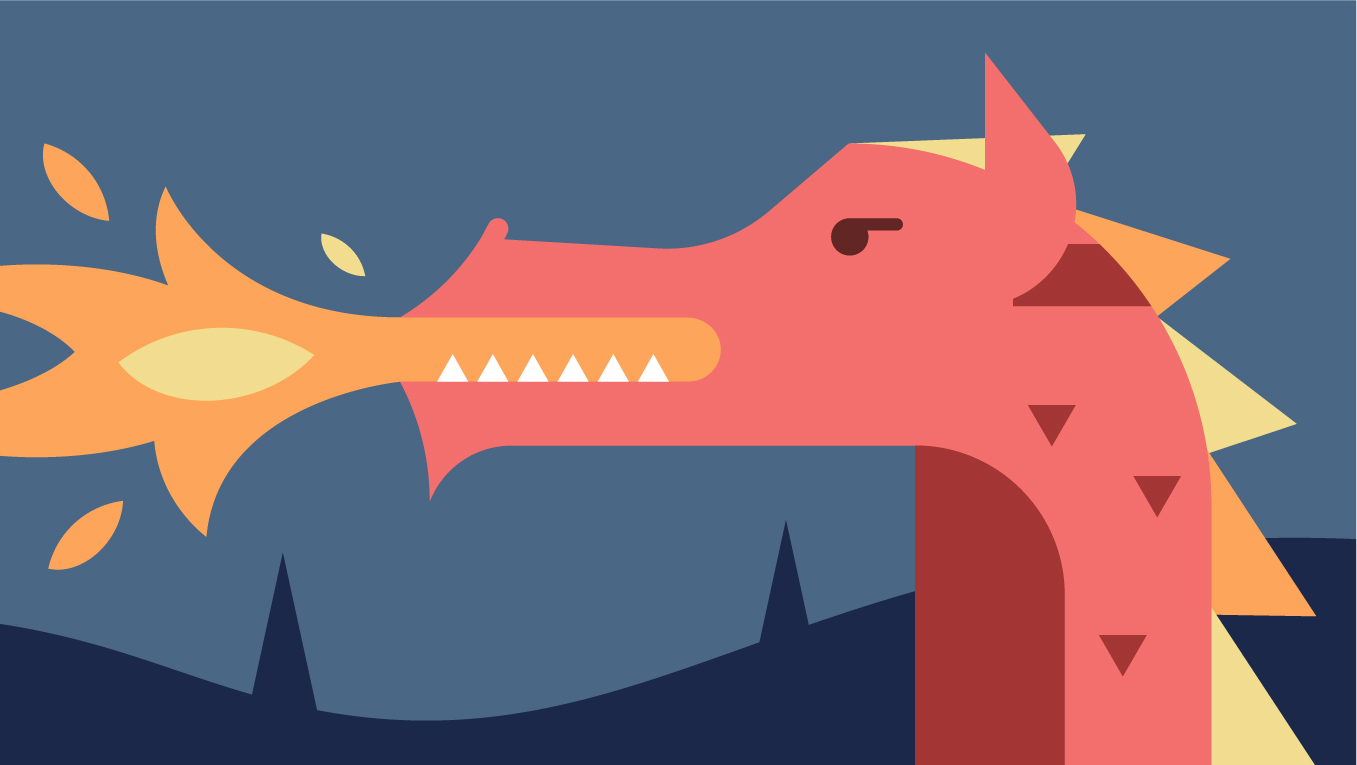 From grim worlds of gritty war and betrayal to light-hearted stories of romance, adventure, and magic, fantasy has it all. It’s the genre to listen to for a little escapism and a lot of enjoyment. And it’s one that is constantly updated with new names, new voices, and new stories to explore.

The City of Brass

The Daevabad Trilogy by S.A. Chakraborty is one of the newest series in the world of fantasy fiction, and one of the most talked about. Its incredible world-building is inspired by a magical Middle Eastern setting and paired with classic high fantasy elements, giving it both a point of difference from standard fantasy titles, and a cosy, familiar feel of magic, royal courts, and a cunning heroine you can’t help but root for. In this case, it’s Nahri, a successful conwoman working on the streets of Cairo, who knows better than anyone that magic is nothing but clever sleight of hand and parlour tricks. That’s why it’s such a surprise when she accidentally summons a dijinn warrior, who is bound to the legendary City of Brass, Daevabad. The pair begin an epic adventure filled with magic, court politics, princes, corruption, and a potential all-out war. This spectacular series is narrated by the celebrated Soneela Nankani, and will whisk you away to a mysterious Middle Eastern fantasy world where Nahri’s tricks will be tested like never before.

Gardens of the Moon

Malazan Book of the Fallen is one of the most beloved series for fantasy fans, and is known for its grim-dark overtones and strong military focus. The first installment was released in 1999, and by the time the final title was released just over a decade later, writer Steven Erikson had cemented himself as one of the most popular fantasy novelists of our time. The series follows the armies of the Malazan Empire, which has been torn apart by years of warfare and bloodshed. There are gods and dragons, assassins and sorcerers, and all the classic makings of an epic high fantasy that promises hundreds of hours of addictive listening from accomplished actor and narrator Ralph Lister. Complex and dense, this gritty world is perfect for serious fantasy fans who are looking for their next great adventure.

The Ruin of Kings

Series name: A Chorus of Dragons

A Chorus of Dragons is one of the latest exciting names in fantasy from break-out star Jenn Lyons. With a background in video game design and illustration, Lyons switched to writing, deciding that even though a picture is worth a thousand words, “I’d rather have the worlds”. Renowned for her passion for world-building, Lyons has crafted a series of dragons and gods, prophecies and demons, quests and long-lost princes. And while it hits many of the standard fantasy notes we know and love, it also poses the rare question: What if the hero isn’t a hero after all? Brilliantly narrated by a cast of talented voice actors including Vikas Adam and Feodor Chin, this award-winning series is a must-try for fantasy fans who have already listened to all the classics and are looking for something new.

The Unspoken Name is the first installment in a new fantasy series from as-yet largely unknown writer A.K. Larkwood. First published in early 2020, this debut fantasy release features beautiful prose, lesbian representation, and complex, genuine characters, all set against the backdrop of an intricate world and magic system. It all begins when a young orc, a priestess, is sentenced to die for her religion, but escapes at the last minute and sets out on a quest to not just survive, but bring an end to the death cult for good. This debut title is narrated by Avita Jay, an accomplished theatre and television actress who has made the move to audiobook narration. If you’re looking for a fast-paced plot with a cast of characters in an up-and-coming series that’s sure to be a hit with fantasy fans, The Unspoken Name is a can’t-miss listen.

Love fantasy? Love romance? The Omte Origins is the perfect series for listeners who enjoy fantastical worlds with a good dose of flirtation and love in the mix. This trilogy welcomes listeners back into writer Amanda Hocking’s World of the Trylle, the setting of two award-winning series: the Trylle Trilogy and the Kanin Chronicles. While Hocking fans will enjoy the occasional cameo from old favourite characters, listeners don’t need to start with the earlier series first in order to enjoy The Omte Origins. In this series, 19-year-old Ulla Tulin searches for the woman who abandoned her as a baby, and stumbles upon a shockingly handsome colleague in the process. Yet as she works to track down her mother, Ulla discovers there’s more to local folklore and myths than bedtime stories. Audie Award-winning narrator Therese Plummer lends her voice to the trilogy, adding even more enjoyment to this lighthearted and romantic series.

Amanda Hocking’s Trylle Trilogy is the fantasy version of a good beach listen. Light, fun, and filled with romance, this is an easy entry point for those new to the genre. It mixes the paranormal with the romantic, and the human with the fantastical. The Trylle Trilogy is the first of three sagas set in the world of Trylle, and are all narrated by seasoned performer Therese Plummer. It all begins in Switched, where teenager Wendy Everly is bored with her life in a small town, and confused and excited by her apparent ability to influence other people’s decisions. When she is whisked away in the night by a handsome stranger, she escapes her small town, and, in fact, her world altogether.

A Time of Dread

Series name: Of Blood and Bone

With its hordes of demons, black magic, warrior angels, and giants, Of Blood and Bone is a recent fantasy series in a classic fantasy style. It’s filled with battles and wars, ancient enemies, threats and alliances, and it will pull you head first into its rich world where allegiances and loyalty shift like the changing of the tides. Of Blood and Bone is set more than a hundred years after writer John Gwynne’s earlier series, The Faithful and the Fallen. Listeners do not have to begin with The Faithful and the Fallen in order to understand Of Blood and Bone, although it will offer more depth and background to the newer trilogy. Actor Damian Lynch narrates this action-packed fantasy series that’s perfect for listeners who love a gritty series filled with monsters, men, and men who are monsters in disguise.

Blood of an Exile

Step into the fast-paced world of Dragons of Terra, where the most legendary dragon slayer in history spends his time hunting down and slaughtering dragons. Yet Bershad, a surprisingly funny anti-hero, doesn’t do it by choice—he was sentenced to dragon slaying after being stripped of his titles. And now, when he’s finally given a chance to be free of his punishment, he faces the most difficult quest of them all. Writer Brian Naslund has created a world perfect for fantasy fans who love a classic hero’s journey with a fun and quirky twist. His debut series is narrated by acclaimed actor Steven Brand, who creates an escapist experience filled with dragons, swords, and, most importantly, adventure.

When writer Seth Dickinson was in university, he wrote a short fantasy story that picked up a prestigious undergraduate writing award. Several years later in 2015, he expanded his short story world to create The Traitor Baru Cormorant, the first in The Masquerade series, and a hard fantasy title that immediately marked Dickinson as an author to watch. The trilogy follows Baru, an ingenious young woman determined to work her way up the corrupt system of her homeland in order to tear it apart from the inside. With a captivating plot and beautiful narration from Christine Marshall, this gripping series promises listeners a rollercoaster of adventure, intrigue, and geopolitical maneuvering.

Books in series: The Rage of Dragons (Book 1), The Fires of Vengeance (Book 2)

The Burning offers a debut fantasy series set to become the latest darling of the epic fantasy world, and a fast favourite for anyone who enjoys a powerful vengeance plot. In a world where war is life, and only a select few are born with special powers to aid the war effort, one man’s life is tossed around through betrayal, loss, and the murder of his loved ones. Himself without special power, Tau vows to gain revenge, no matter the cost. Its debut title, The Rage of Dragons was initially self-published by Canadian writer Evan Winter. But after landing a spot on Time magazine’s list, The 100 Best Fantasy Books of All Time, Winter was offered a four-title deal to continue the series. Said to be a cross between Game of Thrones and Gladiator, this series and its rising star author are set to take the fantasy world by storm.