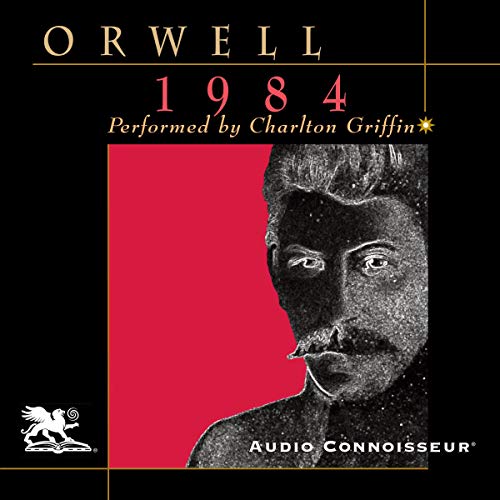 Only four years after publishing his fable Animal Farm, a biting satire of Joseph Stalin’s horrific regime of terror, George Orwell turned his attention to the future. But his next book was to be no satire, no fable. What emerged from Orwell’s pen in 1949 was the most grimly dystopian novel ever written: 1984.

Foreseeing that Stalin’s brand of radical socialism would prevail and spread, Orwell decided to describe the likely outcome in a future where a single party held absolute power, and kept it by using newly developing technologies in order to maintain their hold. The weapon that would keep party members in line was terror. Many of the book’s themes parallel the Soviet regime. The omnipresent images of Big Brother were based on Stalin. Production figures are a reflection of Soviet five-year plans. The methods of torture are similar to the procedures used by the Soviet NKVD officers. The constant state of war is used to rally the support of the masses. Hate Week was inspired by the constant rallies held throughout the Soviet Union. The surveillance state was all-powerful, and no one could escape it.

The only question that remained in Orwell’s mind before he died was what kind of despotism the democracies would fall under. Would it be a nationalist coup d’etat from above? Or communist revolution from below?

"The picture is of Stalinism, and Stalinism only." (Isaac Asimov)

“One of the most defining characteristics of Orwell's novel is the extent of Big Brother's surveillance state.” (The New York Daily News)

This copy is missing the ending!!!

I have read this book before. Either Amazon chose to remove the ending or this is an incomplete copy!

Prolefeed from Mass Media of 2021 Reality

Frighteningly prophetic for current AmSoc NewSpeak from Demoncrats and RINOs.
Listen and HEAR before we all are mind melded into loving Big Brother!

Wow. This book was more prophetic than I remembered.

When I read first 1984, in high school over 50 years ago, it was impossible to imagine such governmental surveillance! Now, in many ways, with cell phone tracking, surveillance cameras with facial recognition, and Siri & Alexis listening all the time, we are beyond this! I had forgotten a lot of the details. I pray "We the People" wake up and demand our politicians restore everything that is being destroyed, before our amazing, free, Constitutional Republic is beyond saving!

The lack of an appropriate female voice detracted from this dramatisation. The female character was a weak, pleading breathy articulation of that character.

This was a mandatory reading in Jr. High and I missed a lot or didn't really know what I was reading. Fast forward almost 40 years and it is still an amazing book. "Down with big brother".

I enjoyed Charlton Griffin's narration of a chilling view into an overpowered Totalitarian dictatorship. 1984 was once a requirement in school, but has since been taken out. However, it definitively illustrates the evils of Socialism in a government without checks or balances.

This is more of an educational read than a good novel. I think it's a good read as a cautionary tale to remind us to maintain our freedoms. That said, I didn't think it was a particularly good novel.

More important than ever

Considering the current affinity to totalitarian thinking - left and right - this book should be in the curriculum for all growing up.

struggled to finish it but its worth hanging on to it. a friend recommended it.