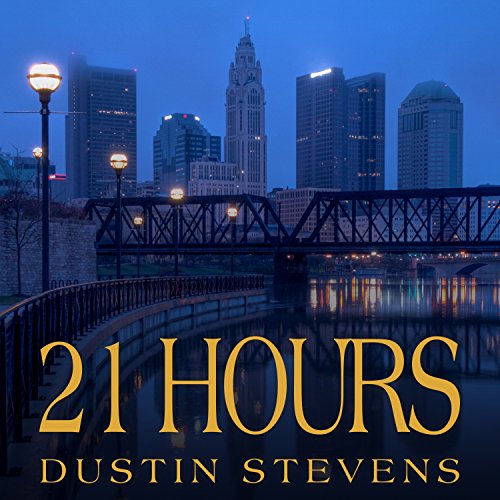 Felix "O" O'Connor is an ex-con from central Ohio who has spent the last seven years working on a ranch in the Big Horn Mountains of Wyoming. Rarely does he venture out into the world and never does it come looking for him. Both of those things change when his twin sister, Alexa "Lex" Borden, calls from Columbus, Ohio, to ask for his help. Earlier that afternoon, she and her husband were both beaten unconscious, and their two-year-old daughter was abducted from their front yard. Nobody saw a thing, the police are stumped, and it is a well-known statistic that if a child isn't found in the first 48 hours, they rarely are. O immediately drives back to Ohio and finds himself with just twenty-one hours to find his beloved niece before potentially losing her forever. Plunging himself into a world he'd long ago left behind, he crosses paths with criminal masterminds, human traffickers, gun runners, drug smugglers, blood-thirsty spectators, and suspicious detectives, all in the name of bringing her home.

This starts with a 23 year old ex-con who has 21 hours to find his kidnapped niece, A quick and obvious chain of formula driven conflicts ensues. Columbus Ohio cops are useless, his prison experience gives him leads cops will never have, he has to fight a giant to meet a bad guy. It only gets worse from there.

The narrator's voice is droll and mundane, though to be fair this books reads like a noir movie.

This book has been the best read I’ve done in a very long time. This is a world wind of emotions and intense. It brings you in and keeps you on your toes from beginning to end. You won’t regret it.

This was a very good book, just goes to show you what your family will do for you when a tragedy strikes

Good story although very predictable. Liked the narrator's voice and the slow way he moved the story along.