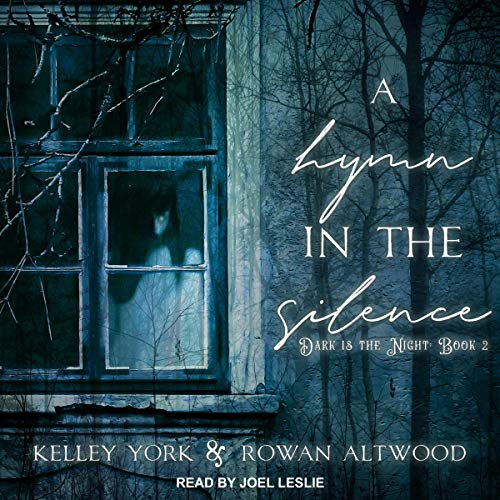 A Hymn in the Silence

A Hymn in the Silence

Since graduating from Whisperwood School for Boys, William has found a sense of normalcy in his life with James. He has a steady (albeit secret) relationship, a home, and a job - even if it doesn't pay the greatest. Never mind that he lacks James' reckless bravery when it comes to dealing with spirits; he does his best, and it hasn't killed him thus far.

When a new client calls on their expertise in solving a grisly multiple homicide, William resists. They're spirit hunters, not detectives. But the money is too much to pass up when they don't know when their next meal will be, and soon they're arriving at Evenbury Manor, nestled in a close-knit rural community, ready to investigate.

They're in over their heads, but in very different ways than William could have anticipated. The hills are filled with creatures far more dangerous than any they've ever encountered, and their usual tactics aren't working. On top of his renewed struggles with his addiction, William is left to fend for himself against the dead to protect not only the community, but the person in the world that's most important to him.

Couldn't have asked for more!

When I heard Joel Leslie was going to be narrating this book, giving life to sweet William, I was sooo beyond excited- I was completely thrilled! Mr. Leslie is one of my favorite narrators, he never fails to bring all the feels to his performances, and I just knew he'd be perfect for sweet, vulnerable William...and he was! I don't think there's another narrator out there who could have done William justice, to be honest. He brought all the uncertainty and vulnerability that I love about William to his performance, and it just made me fall in love all over again. This book was perfection! I fell in love with James and William in A Light Amongst Shadows (one of my favorite books of 2018) and was so happy to learn that we’d be getting more of their story, as I wasn’t ready to say goodbye. I had no idea, though, that A Hymn in the Silence was the book I needed! And that I needed it in William’s point of view. Oh how I loved being inside his head. As he and James take on the biggest job of their short career as spirit hunters, nothing could have prepared him for the trials and tribulations they’d be put through- both professionally and personally. William made me FEEL so much, for him and for James, and for everything they went through. Not only was the mystery they were hired to solve keeping me on edge, but William’s uncertainty and vulnerability made my heart hurt for him. And while battling the very real demons set on hurting anyone in its path, with James in the forefront, William was dealing with his own struggles when it came to his addiction, which was once again starting to get the best of him. I really loved this story, maybe even a touch more than I did A Light Amongst Shadows! The world building in this book was stellar, the story-telling so totally engaging, and William and James completely endearing. I was so wrapped up in these two, in their crazy, creepy, dangerous adventures, it was hard to put this book down. And even now that it’s been a couple of days since I’ve finished, I’m finding it hard to let go. Both this book and ALAS will be ones I'll listen to on repeat!

I was terribly disappointed when I found Kale Williams was not narrating this book. Much of my pleasure and enjoyment of the first book was because of his beautiful voice. I found my attention wandering through A Hymn because of the narration. Nothing against Joel Leslie but, when you already have the timbre and tone of emotion set up in your mind only to have it jarringly disrupted, it certainly takes one right out of the story.

I loved the first book so much and felt Kale Williams did a great job with the narration, so I was confused about the change in narrators. Don’t get me wrong, I adore Joel Leslie and love everything he’s performed. In listening, it became clear that the change in narrators was because they each came with a different MC point of view. It really works here, but it did take me a couple of chapters to get into the change. It might be easier if you don’t go from book 1 straight to book 2. I really hope they’ll continue to put this series in audiobooks.