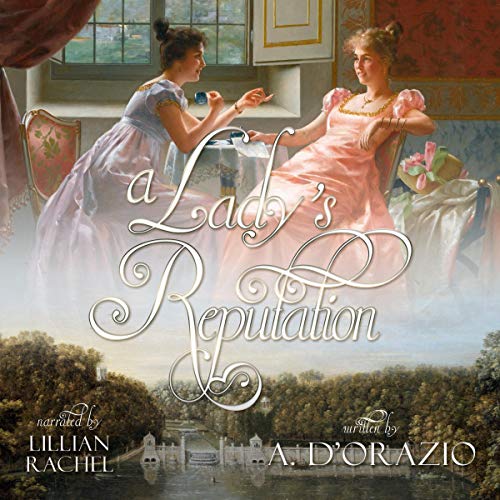 “Mr Darcy, I am eager to hear your explanation for the fact that quite a few people believe we are engaged.”

It starts with a bit of well-meant advice. Colonel Fitzwilliam suggests to his cousin Darcy that, before he proposes to Elizabeth Bennet in Kent, perhaps he ought to discuss his plans with their families first.

What neither man could have predicted however was that Lord Matlock would write the news to his sister, or that Viscount Saye would overhear and tell his friends, or that his friends might slip a little and let their friends know as well. The news spreads just as quickly through Hertfordshire once Mrs Bennet opens the express Mr Bennet receives from Mr Darcy, and in a matter of days, it seems like everyone knows that Mr Darcy has proposed marriage to Elizabeth Bennet.

Everyone, that is, except Elizabeth herself.

Her refusal is quick and definite - until matters of reputation, hers as well as Jane’s, are considered. Then Mr Darcy makes another offer: summer at Pemberley so that Jane can be reunited with Mr Bingley and so that he can prove to Elizabeth he is not what she thinks of him. Falling in love with him is naturally impossible...but once she knows the man he truly is, will she be able to help herself?

This was another very enjoyable read by Amy D’Orazio. The premise is straightforward—Darcy shares his plan to wed Elizabeth with his family and Mr Bennet before he proposes to her. Turns out his family lives to gossip, and, before you know it, Elizabeth (and Darcy) finds herself in a very difficult situation. Along the way to a happy ending, we get to know some truly delightful characters. (Lord Saye is particularly amusing, and I love the relationship between him, Col. Fitzwilliam, and Darcy.) I enjoyed this take on Bingley, too, which was an uncommon one. I could see some readers not liking it, though. There is some angst, but nothing over the top.
The narration was solid.

This book has all the classic P&P plot points, spun in a whole new way--and I've read a whole lot of variations. No simple retelling, we live the motivations through the eyes of Elizabeth and Darcy. As we live it, we understand the thoughts that brought them to their actions. The dialogue is clever, the plot is tight with enough twists and turns to keep me engaged. I found myself listening in every chance I had--finishing it in only a few days, and I was sorry when it ended. Not to put out any spoilers, but the retribution for Bingley was complete genius. I'm definitely looking for more from this author to feed my P&P addiction.

Excellent: This is a wonderful story and narration of Pride and Prejudice Variations. The audio was beautifully performed; and, I particularly loved Lillian Rachel’s voice. To me she’s sounds a lot like Mary Talbot, that portrayed Lady Mary in the PBS Series “Downton Abbey.

Some angst. Bad Bingley. No Wickham. Interesting tale by Amy D’Orazio and well narrated by Lillian Rachel. I highly recommend this book to a Jane Austen fan fiction lover.

This is a well-written book and an interesting take on P&P. The expanded cast is refreshing and makes an enjoyable read. However, I am weary of Mrs. Bennet's outrageous behavior not to mention the astoundingly silly sisters. It's such a bore reading this over and over again in subsequent renditions of the original. So cringeworthy. If only they could lessen the exposure to these characters, especially as they seem to inflate in JAFF books. In this version, Elizabeth is so prickly, so unforgiving, so unfairly judgemental I cannot imagine her appealing to anyone, much less a man like Darcy. It's depressing how many near-insane people appear in P&P and many Austen books, Lady Catherine, her inexplicable daughter, Mr. Coillins, Mrs. Bennet, the Bingleys, and other dysfunctional people e.g. Mary, Wickham, Mrs. Phillips and Mr. Bennet to some extent. Is no one "normal"? I think Ms. Austen had a shaded view of humanity. When her characters are bad they are unrelentingly evil. As far as Bingley goes in this story ~always jolly, easily comfortable with any and all people, he is able to be so because he does not understand the concept of responsibility for himself and anyone else and his mind is free of care. It's some kind of personality glitch, I have known people like this. They seem so wonderful at first but become tiresome because they are not dependable and often unpredictable. Jane would have been his babysitter. I always thought that Jane could do better and wondered why no one seemed to hold Bingley responsible for not deciding for himself to pursue Jane no matter what Darcy or the Bingley sisters said or even why he didn't check for himself whether or not she was indifferent to him. It was nice that things turned out differently for some of the original characters in this book. Very satisfying.

Author Amy D’Orazio is a gifted writer and narrator Lilian Rachel IS a gifted storyteller. Loved D’ORAZIO’s story in print and equally as Compelling in audio. Lilian Rachel’s voice reminds me of Lucy Worsley’s. Lovely pacing too. Easy to recommend.

Within the first 5 minutes I almost returned the audible book because of the narrator. I usually can ignore a poor narrator when the book is so interesting. I have to say I did like this book but this narrator's voice was so bad I kept wondering why the audible company would allow a reader like her to do a book other then she must not require a lot of money. There were no differences in her voice between characters even male. At times I couldn't tell who was speaking or whose thoughts were being projected. I have thousands of audible books and this person by far needs to look for another job. I feel I would have given higher stars if the narrator was better. The content of the book couldn't hold my attention enough to say this was a good book. Mr Darcy's voice sounded like a slimy man. I couldn't even sympathize with any of the characters.
Terrible books can be better with a great narrator. Good books bad by a terrible narrator. I haven't finished this book as I write this review. Don't think I can continue because of the narrator.
For the book, this version of E is so unkind, resentful and extremely prejudice.

I’ve read this variation multiple times and I can honestly say the audible version did not disappoint. The portrayal of Saye and the Colonel and their interaction with Darcy is also my favorite. I would LOVE to see a sequel to this version and I would absolutely read a novel that focused on Saye’s character. The Colonel has always been my fav from the original P&P but the way these brothers are written by this author is genius and so enjoyable. Saye gets more exposure in this version but I love the way it blends all my favorite characters together. Seriously tho, this version needs its own sequel. I’m dying to find out what happens to Caroline and Anne!

This book was an instant favorite! I just finished listening and I had a smile on my face for the vast majority of the time it took to listen. I love this rendition of Pride and Prejudice. Darcy and Elizabeth were well written and engaging, they definitely had issues they need to sort out between them, but Amy did not allow the storyline to be overwrought with angst nor the characters too hard or implacable. That can be a common pitfall in some P&P variations and was very glad that was not the case. I adored the original character of Lord Saye, Darcy’s cousin and Richard’s older brother. He not only ties the story together, but he also steals the stage with every scene he is in and there were plenty of moments that had me giggling. You are in for a real treat if you give this book a listen and I will be eagerly checking out the wonderful author to see if there are other treasures to discover.

It was a good story. Yet, if you are a hardcore Pride and Prejudice fan, you would agree Jane is a bit out of character. Certain circumstances and other characters are quite against the canon. I love that this book also deals with Viscount Saye, as he is such a comical, haughty, and fun character. Is it in my top five Pride and Prejudice variations? No, but it was pretty good. The narrator felt a bit flat.

I really enjoyed this alternative ending for one of my all time favorite books. Def worth a listen! My only critique would be that I had to listen to it a bit sped up because the narrator was just spoke annoyingly slow