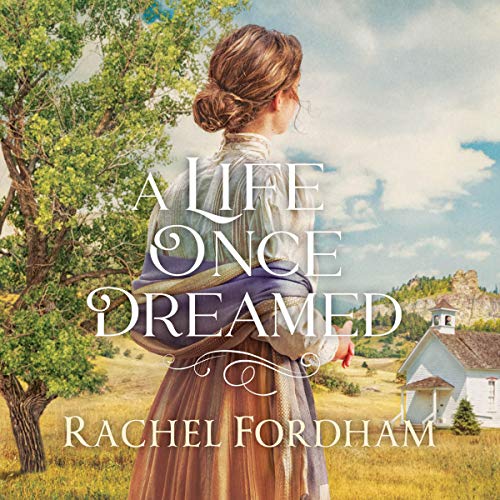 A Life Once Dreamed

Six years ago, a shocking secret sent Agnes Pratt running in search of a new start. She found it in Penance, a rugged town of miners and lumberjacks in the Dakota Territory, where she became Miss Aggie, respected schoolteacher and confirmed old maid. But the past has a way of catching up with people.

When childhood friend and former sweetheart James Harris accepts a position as the town doctor, Aggie's pleasantly predictable days suddenly become anything but. James wants to know why Agnes left behind the life they had dreamed of creating for themselves - but he is the one person who can never know.

In the shadows of the Black Hills, can a healing light be shed on the past? Or will the secret Agnes can't seem to outrun destroy her chance at happiness?

"Penance isn't perfect...but it's home..."
Aggie gives up the love of her life to protect him from her secret. I loved that he came to find her.
Their reunion did not go as I, or James, expected. I can't say more about that without spoilers.

I loved the friendships and how the townspeople work together to survive living in the Black Hills of Dakota territory.
Have some tissues handy, there are parts that will tug at your heartstrings. There are also plenty of laughs, especially when Tommy, one of Miss Aggie's students, is asking questions.
I read an ARC of the book in one sitting. I listened to this Audible in one sitting!
Honestly, this is one of my favorite stories of the year ❤
Fabulous narration for a beautiful, beautiful story.

A Life Once Dreamed

I cannot get enough of this author’s stories! Another story of the heart filled with love lost but found again.

Loved every word and of course the narration was perfect!

Good premise but annoying dialogue. I finished the book...only out of shear curiosity to see if they ever tied the knot.