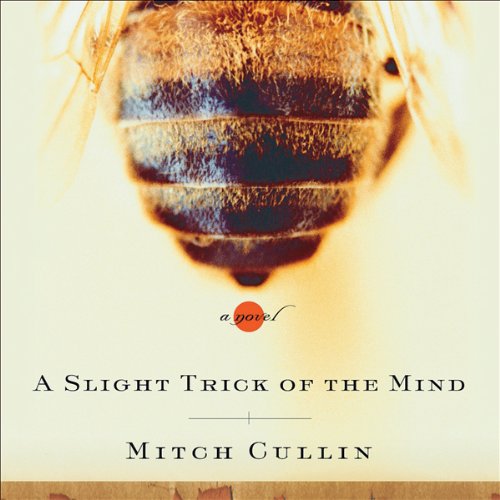 A Slight Trick of the Mind

He's 93-years-old, in retirement in Sussex, beginning to lose his memory, and subject to emotions he has resisted all his life. His name is Sherlock Holmes.

It's 1947, and the long-retired Holmes lives in a remote Sussex farmhouse with a housekeeper and her young son, Roger. Holmes has recently returned from war-torn Japan and settled into the routine of tending his apiary, writing in his journals, and grappling with the waning powers of his once razor-sharp mind. Then Roger secretly searches Holmes' private study and uncovers the case of Mrs. Keller, the long-ago object of the legendary sleuth's deep, and never acknowledged, infatuation.

As Cullin weaves together Holmes' hidden past, his poignant struggle to retain mental acuity, and his unlikely relationship with Roger, who stirs his paternal affection, a mythic figure is transformed into an ordinary man. At once an engrossing mystery and a gripping character study, A Slight Trick of the Mind is an affecting and original portrait of literature's most beloved detective in the twilight of his illustrious life.

"An ambitious, beautifully written novel....This look at Holmes near his natural death is a delight and a deeply satisfying read." (Publishers Weekly)
"This is a lovely, tenderhearted book, full of reserve, good manners, elegance of feeling. It's what a novel should be. You don't read it to be "improved", but for the plain joy of seeing what the language can do in the hands of an affectionate, very accomplished writer." (The Washington Post)
"Under Cullin's sure hand, the vibrant, assured detective we know gives way to a man who looks back with regret at missed opportunities in a manner that makes the larger-than-life figure surprisingly human." (Booklist)

I have listened to hundreds of hours of audible presentations. This is the current reigning champion for worst book, and has held its position firmly for over a year. If you have enjoyed the original Sherlock stories over the years and picked this because you wanted more adventures of the master dective, please don't be fooled. Sir Arthur Conan Doyal's descendants should sue for the damage done to the memory of one of fiction's greatest characters. The author develops Sherlock's character as a despondent, confused, bubmling old man and tops it off with a despondent, confused, bumbling plot. I stuck with it to the end, thinking the book would pull it all together, but it never happens. This is the literary equivalent of building a road into the desert, running out of funding and just ending the road in the middle of nowhere. Please don't waste the 50 MB on your ipod.

Worth more than five stars!

I was completely captivated by this download. The narrator is superb...his voice and this story simply belong together. The tale itself gently engrossed me and is beautifully crafted. Of course this is not Conan-Doyle's Sherlock Holmes (get a grip, people!) but Cullin's Holmes is just who C-D's Holmes could have become 45 years into retirement. As a 93-year old he sits firmly in the centre of this book, no-one else, nothing else.

Falls Short of Being a British Mystery

I was very much looking forward to listening to this book, having been a Holmes fan from a young age, both through the books and various films and BBC productions. Although read beautifully by the narrator, who does an excellent job of performing the different voices, I was very disappointed that the focus of the story centered primarily around the post-WWII history and culture of Japan and a male lead Japanese character. There is a brief flashback on a case that Holmes had sleuthed in the past, but this gets lost with the Japanese focus of the story. If you want a true Holmesian mystery set in Englad, I'd suggest you skip this recording and choose from the originals written by Sir Arthur Conan Doyle.

Agreeable story but not Holmes nor a mystery

The narrator is excellent, the story well written, but it is not Sherlock Holmes. Some will find naming the character Holmes no barrier to enjoying the study of an old man, others, like myself, will find it troubling to reconcile the attributes of Doyle's Holmes with the creation of this author. Probably the degree of familiarity and comfort with the original will play an important role in determining which category a read will fall into.
In addition, it is one of those books which is designated by the author or distributors as a mystery but hardly meets reasonable criteria for the categorization. Once again, if it is not mystery or detective fiction that attracts you to this book, you should be satisfied with it.

I didn't expect a mystery, but I did expect some sort of closure. The three stories (the armonicist, Japan, and the housekeeper's son) were all interesting, but none of them seemed to come to any sort of satisfactory conclusion.

The narration on this book is excellent, and one of the reasons I gave it five stars. If I could have rated it a 4.5, I would have. Not a typical Sherlock Holmes, but then I didn't expect it to be. We have three stories in one here, more or less, and I found this book to be completely enjoyable.

As clever as the Great Detective himself!

First of all, Simon Jones is a superior reader, but this book is such a skillful interweaving of storylines and such a poignant examination of the role of memory and emotional pain in making us who we are that I am unreserved in my praise. I am wary of books that use an established literary character as protagonist, often finding the technique gimmicky and derivative, but this book adds dimension and life to Doyle's detective, making him new and complex in a very satisfying and believable way. Using bees to unite the three main stories is masterful and truly beautiful. I enjoyed this book immensely and would love to see it done well as a movie.

This is the first time I've tried to write a review, so bear with me. I liked Slight Trick of the Mind. It was a nice listen. Well read and written. I will listen to it again sometime. There is a mystery to solve and some insight into Sherlock's life as an older man.

Mitch Cullins has produced a gorgeously-written character study of a 93-year-old Sherlock Holmes who is aware of having outlived his contextual moment in time (as well as both his biographer and brother), losing his mental as well as physical abilities, and coming to the end of his days with unanswered questions about the opportunities he missed during his life and the larger meaning of existence itself. It fits very neatly into and extrapolates from the last of Arthur Conan Doyle's canonical Holmes stories, in which readers clearly can see Holmes's loneliness, existential angst, and somewhat repressed humanity asserting itself.

Cullins weaves several stories together, including the present-day (that is, 1947) mentorship relationship between Holmes and his housekeeper's son, Holmes's recent post-war journey to a devastated postwar Japan (itself in search of meaning in a new era), and Holmes's revisitation of a 1903 mystery that explains Holmes's later devotion to the study of bees. Repeated themes of suicide, pointless death, and potential natural keys to extended life (to what purpose?) raise difficult and universal questions to which Holmes -- and, for that matter, Cullins -- holds no definite answers.

I've seen some reviews suggest that this is about Holmes's regret over missing romance, which put me off a bit, but that's not what I took from this novel. It's about intellectual fascination and unlikely personal connections and the paradoxical fragility (enter pointless death) and strength (enter memory and study) of each. All three storylines -- that of Holmes's housekeeper's son, Holmes's Japanese hosts, and Holmes's 1903 subject of investigation -- reinforce and echo these themes in a beautifully crafted and achingly effective manner.

A few minor points of characterization failed to convince me, mostly related to Holmes's "slight trick of the mind," his rather ritualistic means of mourning, but these were surprisingly few and far between. On the whole, this is an absorbing and wrenching portrait, one with which all Holmesians/Sherlockians, I think, should wrestle and challenge their understanding of the Great Detective and what he represents. I'm very glad I listened to it.

This is a poignant tale of an aging Sherlock Holmes and has more to do with the mysteries of life and death than the more prosaic mysteries of the typical Sherlockian novel. We see an elderly Sherlock who, after a lifetime of shunning all but a few interpersonal connections, is forced to grapple with his own humanity and that of those around him. This definitely is not your classic SH mystery, but a sadly bittersweet tale imbued with its own sense of, perhaps more eternal, mystery.