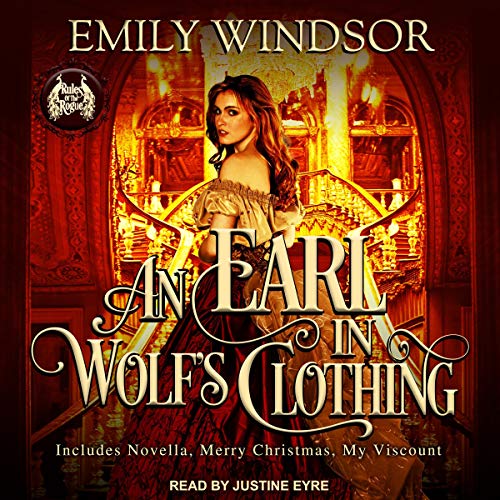 An Earl in Wolf's Clothing

A pursuit is underway....

From the hallowed halls of London's Almack's to the unkempt taverns of Drury Lane, from whispered words in glittering theaters to seductive kisses at Vauxhall Gardens - an earl must pursue his lady. Propriety be damned. Anything is allowed. But for success, the Earl of Kelmarsh may have to enact the Rules of the Rogue....

Miss Sophie Beckford escaped to Ireland after her almost betrothed broke her heart. Now a year later, she's back in London - stronger, better attired, armed with her cousin, and determined not to fall for the blackguard's wiles again.

What's an earl to do when his almost betrothed refuses to speak to him, hear him out, or even look at him after a misunderstanding of gargantuan proportions?

With dubious assistance from a roguish marquess, a strait-laced duke, and even the occasional poet and famous actor throwing in their sixpence, the earl will try any ruse, any rule in the book to recapture Sophie's heart. Failure is not an option.

I stopped listening after the second chapter even though
Justine Eyre is one of my favourite narrators.

Funny, and a good romance.

Loved all these characters, and the dialogue was fantastic. Justine Eyre is a very good narrator, but I would have liked a male narrator for the hero.

I enjoyed this book... start to finish!

love, betrayal & secrets. a well written storyline with many twist & turns. will love triumph or will all be lost? the characters came to life & the details allowed you to envision the the story as it unfolded.

A book that had such high hopes but failed miserably. Adding the novella only heightened my boredom for this book. Certainly put me to sleep on many nights .

eh not worth it very predictable

I was able to tell the whole story without even listening first. blah. not worth it