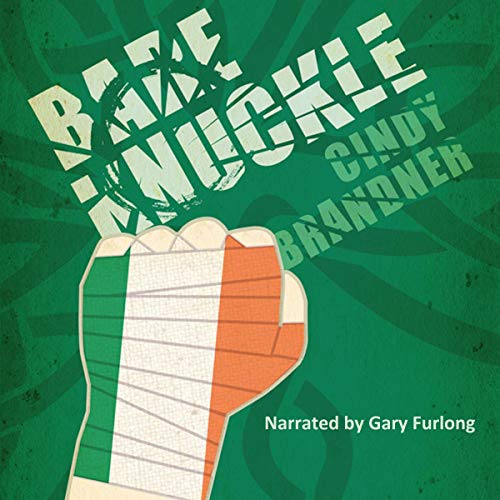 "When a man was reduced to asking advice of a tomcat, it didn’t bode well for the state of his affairs. And yet, here Brian Riordan was doing exactly that."

So begins this prequel to the Exit Unicorns series, as we join the Riordan boys in the rough and tumble world of Belfast, Northern Ireland, during a summer of change and promise. Casey Riordan is on the cusp on manhood, and is learning just how high the price of that transition can be. Tagging along on this adventure is his brother, Pat, who is both shadow and conscience to Casey. Their father, Brian, is simply trying to keep his sons safe - a tall order in the gritty streets of this particular city.

Bare Knuckle spans the events of one summer, giving a glimpse into the lives of the Riordans - the boys as they embark on the path to the men they are destined to be, and their father as he guides them along the way. The road is not smooth and contains hard lessons, both those of betrayal and treachery, all stemming from the events of one warm July night, when the match of hatred is set to the fuel of violence. After that night, life as they know it spirals out of control for the Riordans, until one man is forced to rejoin a world he thought he’d left behind forever, to ensure the safety of those he loves.

The Riordan Men have my heart...

Bare Knuckle by Cindy Brandner is a prequel novella to the Exit Unicorn Series. It is only available in digital and audio format because of its size. It is a wonderful peek into the lives of the Riordan men one fateful summer long before Exit Unicorns and the events that shape their future. It is such a beautiful story!! I absolutely loved it!! As always Gary Furlong does a fantastic job bringing these amazing men to life!

Prequel to the series

This shorter novel provides an excellent back story to three of my favorite characters. It’s possible to gain an insight into how and why they become who they are in the main novels. There is poetry in the story, as there is in life.

Narrator Gary Furlong uses his immeasurable skills to add such authenticity to each voice.

Gary Furlong with his lilting Irish brings another dimension to this story of a family living in tumultuous times. A loving and brave father raising two sons must live with the life choices of his oldest son..a story of the crossroads & choices in life beautifully written (I went back to several passages just to ponder them). If you’ve read this author, this little book fills in some gaps!

There are moments in life where a book just speaks to you. For no reason at all, you will see a book at the store and just know you need to have it. That book is Cindy Brandner’s “Exit Unicorns,” for me. Cindy writes like no author I have ever read. Her words are spoken in cursive, while everyone else is putting plain font on the paper.

Enter “Bare Knuckle.” Bare Knuckle is a novella written as a prequel to the main series. It follows Brian, Casey, and Patrick Riordan before the events of Exit Unicorns. Cindy delivers once again with writing that paints a picture so vividly, so spectacularly that you cannot help but be enamored.

How, one might ask, can anyone expect for anything more. We are spoiled to the core with Gary Furlong’s narration. He is a master at his craft. Listening to him tell the story, it is not hard to imagine yourself right there with the trio in Ireland. You feel what they feel, you see what they see, and you love like they love.

This novella, as well as the rest of the series, transcends genre. It is not a story for just one type of person; it is a story for anybody that absolutely loves getting lost in the words. One minute you are listening to the story, and the next minute it is as if Cindy pulls you out of the story and explains the universe around them. The description is so crisp, so vibrant, so hauntingly beautiful that you can’t help but read a line and put the book down for a moment to take in the full effect of what you just read.

Must Read for Exit Unicorn Fans!

Great short story of the Riordan men. A single father raising his two sons in Ireland, during difficult times. A coming of age glimpse into the eldest sons teen years, who is also one of the main characters in the Exit Unicorn Series.
I’ve read this book several times now, but the narrator, Gary Furlong, breaths life into this story making the characters that much more real. This is one of those books that you definitely want to listen to in order to get the full effect of the story. His Irish lilt brings these characters into life. I don’t say this lightly, as a great story can be ruined by the narrator, but not this one.
Bravo to both Cindy Brandner and Gary Furlong, both the story and its telling was brilliantly done!

What a treasure! Short but filled with so many great nuggets from the big books. Loved Gary’s narration, his unique voices for each character (both familiar and new) makes the story a total immersion. He and Cindy are a dynamic duo, because they are both the best in their fields. This book shined a light in a corner of this world that deserved illumination. This was a different view of the boys’ younger selves and their gone too soon father. Wonderful story telling in a small package this time!

This is a compelling introduction to the Riordan men with descriptive narrative into the early character development of Casey and Patrick who are instrumental characters in the entire series particularly Casey. As always the writing style is evocative of Ireland during the time of the “troubles”. I recommend it without any
reservations

Loved it. Cindy Brandner is a master story teller and Gary Furlong brings the story to life. Perfection!!!

Love everything about this book. The stories, narration etc just fit. I recommend this book highly.

I really have enjoyed the exit unicorns series so far so when this book became available, I wanted to read it. I enjoyed the writing and the storytelling. Cindy does a wonderful job at this. It’s a brief read, but it’s a good one. Enjoy.