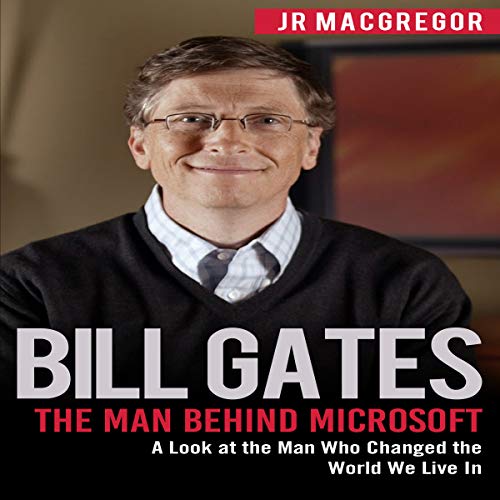 Bill Gates: The Man Behind Microsoft

Bill Gates, more commonly known as the founder of Microsoft and richest man on the planet for almost two decades, has been defined by most people by the number that represented his wealth. We will not do that here.

We will, instead, look at the man beneath the public persona of mistaken assumptions and biased opinions to reveal what makes the man tick and what makes him do something that had never been done before.

Find out if a number of the prevalent myths about him are true:

These and a number of lesser-known facts of Bill Gates are presented here in detail with observations and analysis to help you unpack the complex life of a simple man.

We look at his parents and how they influenced his career, we look at how they raised him and the kinds of trouble he got into as a kid.

Bill Gates is a profound man who sees things differently and works at that with an energy that is uncommon. He is a genius by intellect and a highly focused individual who has no patience for sleep and wasting time.

Come on in and take a look at the life of one of the world’s most known individuals.

Don’t wait any longer! Scroll up and click the "Buy Now" button to learn more about the man behind Microsoft.

Narrator is not good

Narrator has problem in his voice. When he says something, sound comes for half of the word. For example he says power, but you listen wer only. Po does not have sound, he says it with air only. You have to figure out if it is power or shower. I listen when I am in gym. In gym I cannot pay minute attention to every words. I want narrator to read aloud and clearly so that whatever he says, directly goes into my brain.

Only half the book was Bill Gates!

I paid for 3 hours of Bill Gates. It only lasted 1.5 hours. The other half was the authors other book on Jack Ma I read months ago. Very disappointed!

I don’t usually leave reviews but after listening to this audiobook I was so disappointed that i believe the current 5 star reviews are very misleading. This book did not have much information on bill gates at all. It was simply the author’s opinion of what makes a good entrepreneur and then a very few miscellaneous examples to show why he feels bill gates has those characteristics. For example bill gates is not afraid of risk because he played poker when he was younger. This is an example of why he was successful. This reads more like a high school book report than a substantive book on bill gates. The book compares bill gates to other CEO’s with supposedly the same attributes and then goes into an autobiography of jack ma from Alibaba. Very disappointed and I would not recommend this book to anyone else.

Listen to find out

Bill Gates is probably a very different CEO from the usual image, apart from his clear vision and solid core values. Listen to find out.

Really enjoyed the excerpts from his speeches, etc. Gives one a chance to see what the real person is like. Did not finish yeat but what I listen was excellent.

why? I only want to hear about gates, instead got little of that plus a bunch of samples of other books, the gates part is also shallow, not worth the time

At the start the author got the direction from Seattle to Bremerton wrong and the book went down hill from there. Spends more time pushing his other books than giving you in info about Bill Gates.

Bill Gates has done an amazing job at changing the culture at Microsoft from what it was to what it is today!

I really enjoyed this book as it was very refreshing and brining new insights. The school of thought on management and leadership is changing.

One of the best business books

One of the best business books I have listen in recent times. Strongly recommend listen ing it

A lot of good ideas

One of the best structured set of information about what is happening in the digital world and how it will impact our lives.