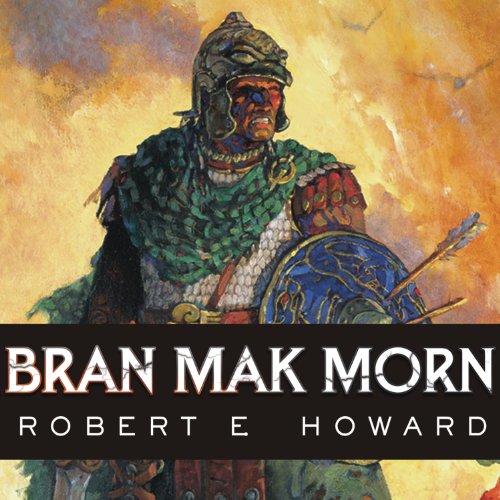 From Robert E. Howard's fertile imagination sprang some of fiction's greatest heroes, including Conan the Cimmerian, King Kull, and Solomon Kane. But of all Howard's characters, none embodied his creator's brooding temperament more than Bran Mak Morn, the last king of a doomed race.

In ages past, the Picts ruled all of Europe. But the descendants of those proud conquerors have sunk into barbarism...all save one: Bran Mak Morn, whose bloodline remains unbroken. Threatened by the Celts and the Romans, the Pictish tribes rally under his banner to fight for their very survival, while Bran fights to restore the glory of his race. This collection gathers together all of Howard's published stories featuring Bran Mak Morn: "Men of the Shadows", "Kings of the Night", "A Song of the Race", "Worms of the Earth", "The Dark Man", and "The Lost Race".

Its not the mighty Conan

May not be as good as the Conan stories but they are pure Howard. That said they are a must listen and invited. The first story takes a while to get going but the others are good. I was l could get the Kull stories and El Borak. But don't carry a card no more. But I really enjoy the Howard stories I have on Audible I chairish them! I would encourage you all sword and sorcery fans to give it a listen or read the book. Remember,its stories to entertain and enjoy. Ricknurn.rn.rn@gmail.com

The book begins with an introduction and then there are a hand full of complete stories, but the majority of the book is Howard’s notes, letter, and incomplete stories. You would be much better if buy the complete tales of Robert E Howard.

These stories were not good

Based on the description, I was pretty excited about this book, but after the first story I was extremely disappointed. By the end, I was bored to tears. The stories were not interesting at all. I didn't care one bit for any of the characters, and I didn't feel like the writing was very good either. The stories just didn't grab me. It's a shame, I thought this was going to be a fun book, but it just wasn't for me.

The entire first chapter is about the 'momentous history of the author's books' narrated as though it were Gibbons' "Decline and Fall." Ridiculous. He was a fantasy writer. I didn't make it past the first chapter.