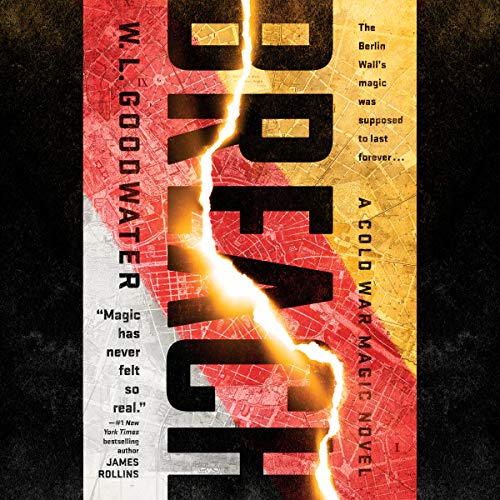 The first novel in a new Cold War fantasy series, where the Berlin Wall is made entirely of magic. When a breach unexpectedly appears in the wall, spies from both sides swarm to the city as World War III threatens to spark.

After the war, the wall brought an uneasy peace.

When Soviet magicians conjured an arcane wall to blockade occupied Berlin, the world was outraged but let it stand for the sake of peace. Now, after 10 years of fighting with spies instead of spells, the CIA has discovered the unthinkable....

The wall is failing.

While refugees and soldiers mass along the border, operatives from East and West converge on the most dangerous city in the world to either stop the crisis or take advantage of it.

Karen, a young magician with the American Office of Magical Research and Deployment, is sent to investigate the breach in the Wall and determine if it can be fixed. Instead, she discovers the truth is elusive in this divided city - and that even magic itself has its own agenda.

The truth of the wall is about to be revealed.

Interesting marriage of magic and history, where the Berlin Wall was put in place by Magic. I did feel all too much the historical truth of how the female was treated by men at the time, having experienced all too much of that myself. But she gets her revenge in the end.

I don’t spend enough time reviewing books, but this one is worth it. A whole lot of fun and a great magical ride through history. A perfect summer read or road trip companion. Add it to your collection!

The narration and writing are excellent. The story is layered and the characters are dimensional and not typical flat stereotypes. The story has depth and interesting observations. Research has been done and it shows. While there is a woman main character, thankfully this is not a romance. This book could easily fit into the thriller genre too. I hope the second book will also be available via audio book format.