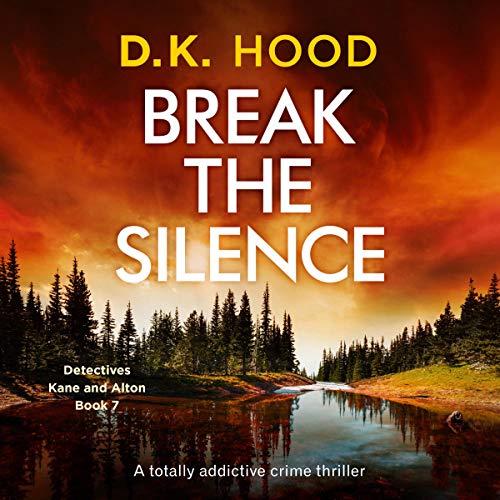 Her head throbbed as she stumbles up the stairs. Music vibrating and the sound of partygoers fill her head as she walks into one of the dark, empty rooms. As she sits on the bed, she hears the unmistakable sound of the door locking behind her. She is not alone.

The body of college student Chrissie Lowe lies curled up in a ball - long red cuts along her arms suggesting how she had met her death. Detective Jenna Alton is called in to investigate.

Purplish bruising on Chrissie's upper arms makes Jenna believe there is more to Chrissie's death than others suspected, and she soon finds herself following the trail of the student's last few moments, leading her to the scene of a party that had ended just hours before Chrissie's body was found.

When Jenna hears reports that Chrissie was seen going into the bedroom of a college football star, she knows that finding out what went on behind that closed door could be the key to finding out how Chrissie ended up dead. But then, another partygoer dies in an apparent accident at the campus gym just hours later, and Jenna is convinced the deaths are connected.

Facing a wall of silence from the student population, Jenna has to act fast to find the killer, but soon, another student is found dead on the campus. As Jenna sends in one of her deputies undercover, she prays that she hasn't just sealed his fate.

Can she find the killer before any more lives are taken?

Fans of Lisa Regan, Karin Slaughter, and Rachel Abbott will love this!

This is a really good book. It’s about a subject many would like to think only exists in a small microcosm of our society. Unfortunately, I believe drugging and raping women on college campuses is more prevalent than any one would like to admit.
This book begins with a young woman in this situation. Following the rape she is unceremoniously dumped in the front yard of her sorority house where she goes inside and promptly commits suicide.
Unfortunately for the rapists somebody really cares for her and believes she deserves to be avenged.
Patricia Rodriguez does an excellent job narrating.
HIGHLY RECOMMENDED.
If you found this review helpful please indicate so.
Thank You.

I started out enjoying this series, but over time, they have become boring, elementary, and extremely corny. Further, the narrator magnifies the problem significantly. As I listen, it’s sooo corny, I hear the theme song to Mighty Mouse playing in the background...” Here I am to save the day!” Just corny. Come on D.K.!
Flat out terrible.

Full disclosure… I have not finished the book yet. I have really enjoyed the series but this book tops them all! From the narration to the storyline I find myself yelling at Jenna and cane… Although there is a murder or murders to be solved… I find this book to be more about the action and suspense! Has had my heart racing literally… Multiple times!

oh my gooooooosh I love this author and I can listen to Patricia Rodriguez all day long! Wait I do!!

I love the voices MS. Rodriguez is able to do. I'm happy the series has her narrating instead of the woman who did the first book in this series.

This book was written differently in that there were two different perpetrators. I figured out the 2nd and was so happy it was who I thought. THERE ARE college guys who act like they are God's Gift. Of course, there are women like myself who enjoy reducing these uncouth boys that they are lower than dirt.

I was thrilled with the outcome. These books are something I look forward to during my quiet time each day.

My thanks to D.K. Hood! I'm so happy I happened on your books!

BEST OF THE SERIES SO FAR!

I enjoyed this book and believe it's the best of the series so far. Patricia Rodriguez does a very good job of narrating. There are times I think she's extremely good and other times...just OK. I can't put my finger on what I think she could improve on but I just can't put her on the same "Favorite" list as Therese Plummer, Susan Ericksen and Teri Schnaubelt. :)

Good but not long enough!

love this author. story was very good, kept you guessing but ended too soon and with unanswered questions ...

Unfortunately the narration of this book ruined the storyline. Specifically poor pronunciation of words, poor tempo, horrible character impressions and generally she made me feel as if I had hearing loss and needed to speak slow so that I could understand. Very dissatisfied.

the series has gotten better with each book until this one. this book was ok, but the ending felt rushed and unfinished. its always a bummer when the ball gets dropped right at the end.