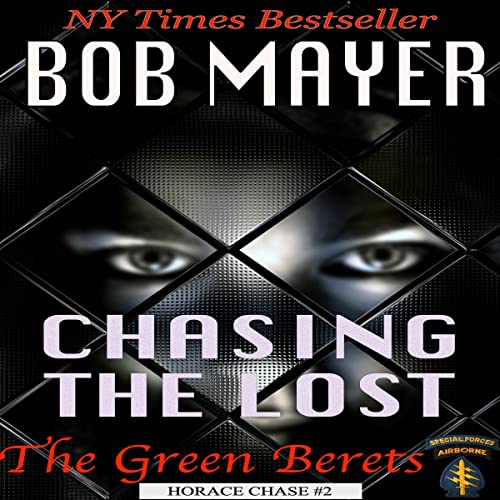 Horace Chase arrives on Hilton Head Island to pay his last respects at the Intracoastal Waterway where his late mother's ashes were spread and to inspect the home his mother left him in her will. He's been recently forced into retirement, his divorce is officially final, and now he's standing in the middle of the front yard of his 'new' house where a tree has crashed right through the center of it.

What could possibly go wrong?

Within six hours of arriving on Hilton Head, Chase is exchanging gunfire with men who've kidnapped a young boy and tried to grab the boy's mother, Sarah Briggs. Soon he's waist deep in an extortion plot to funnel a hundred million dollars of Superbowl, online gambling money into an offshore bank account or else the boy dies.

Dave Riley has long retired from the military and living peacefully on sleepy Dafuskie Island off the coast of South Carolina - sort of. He's actually bored, feeling old, and just a bit cranky running his deceased uncle's small-time bookie operation.

Chase and Riley assemble a team of misfits and eccentrics as they take on the powerful Russian mob in the lawless tidal lands of the Low Country to get the boy back.

Meet Erin: Chase's long-ago summer fling, now a veterinarian and not interested in men any more, at least that way. But her suturing skills and her knowledge of the island bring assets the team needs. Especially after Chase's first visit with the Russian requires a bit of the former skills.

Meet Gator: an ex-Ranger, iron-pumping, fire-breathing hulk of a redneck, with a soft spot in his heart for Erin, and steroids burning in his muscles to hurt people. As long as Riley and Chase point him in the right direction, the rest of the populace should be all right.

Meet Kono: a Gullah, descendant of the free slaves who fled to the barrier islands in the 19th century and developed their own culture. He nurses his own pain and secrets, but heeds Chase's call to renew their childhood friendship. Especially when he learns the target is the Russians.

It adds up to a fiery confrontation to rescue the young boy, and settle some old scores.

But Riley and Chase need to remember a basic tenet from their days in covert operations: Nothing is ever as it appears.

There was one continuity issue concerning Dave Reilly but to see him back in action was great. Easily the best of the series and with that cliffhanger ending I can't wait to read the next.