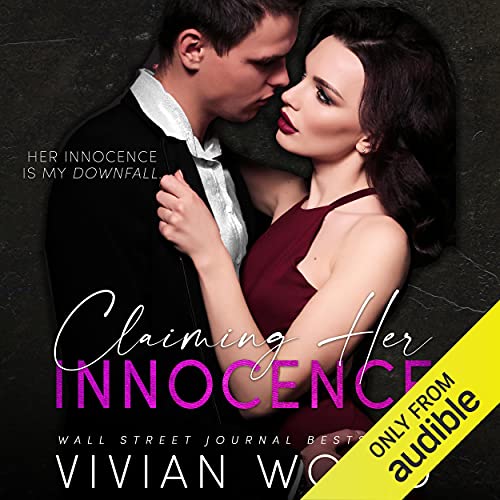 Ryan Scott is big and bad, and he has a body made for sin. When he leaves the SEALs and heads home to DC, the first person he wants to see is his best friend, Poppy Baker. Just to be around her, of course...nothing funny. Their friendship isn't like that.

Except...one look at the beautiful blonde and he starts to question how he never thought of her as more than just a friend before. Ryan likes to imagine how it could be more. It doesn't hurt anyone if it's just in his head.

When Poppy starts to give him that look - the seductive eyes, the pouty lips, the head cocked just so - he can't help but imagine bending her over and taking her right there. How her eyes would close, her breasts would bounce, and the noises she would make....

Ryan has to get his act together, because that's his best friend he's thinking about. They have a long history together, and he can't lose her friendship. He won't risk it.

But once Ryan has a taste of Poppy, she's all he can think about. She's a walking, talking fantasy...and she's only a hair breadth away.... One wrong move could take what he values most.

Amazing, I truly enjoyed reading and listening to this story. Ryan and Poppy’s love story is so tragedy,scared loved, true love. More than ever this book brings new meaning standing up for yourself and following your heart. I must say the adult and Ryan and Poppy has been missing each other on their career path, but now that they’re in the same area all their signals are criss crossed. I do love that their are there for each other when it matters most. Most of all I love that everyone see how Poppy and Ryan love each other except for them. Above all I love how they have grown and went after what will make them a better person for each other.

I thought I was going to listen to His Innocent Fake Fiancée, but I got Claiming Her Innocence. Ryan and Poppy’s story. Poppy was a doctor not a wedding planner, it was all very confusing. I also got the ebook version and it was Ryan & Poppy’s story. Disappointed so say the least.

A sweet, sassy, steamy, and entertaining friends to lovers romance. I enjoyed the journey Ryan and Poppy embarked on, their chemistry was off the charts, their connection is beautiful, and their friendship is the sweetest. I liked this book.
Narration was fantastic.

This is the second book in this series and by this author I’ve listened to. The story is decent and writing is good. The female narrator is a veteran reader and is great. The male narrator is obviously very green and just not good. Not the worst I’ve heard, maybe not “painful,” but pretty bad. Noelle would have carried the story much better as a solo.

If you can overlook the male narrator or ff his parts, the story is an enjoyable enough light listen.

I love seal romances and this was a keeper. Good friends find true love in one another. Ryan is a dreamy like in the movies strong retired seal. He reconnects with his old friend and sparks fly. He's shifting from military to civilian life and the timing was right for he and Poppy to come together.

The Narrators were really great!

I enjoyed the story initially but I couldn't wait for them to get together. It took FOREVER! Then once they got together they were cheating on their prospective partners and I can't do cheating but I hung in there because I was already invested. By the time the book ended I was disappointed, the author just skipped to the end. Which was a good and a bad thing. Let me repeat what I stated in the beginning. The Narrators were GREAT!

The woman narrator was great but the man’s was really hard to deal with it just didn’t seem right for the character. The book was decent.

But... No epilog explaining a little bit of the ending?
These 8hr books are just to darn short for my liking.
BOTH narrators did an excellent job!❣