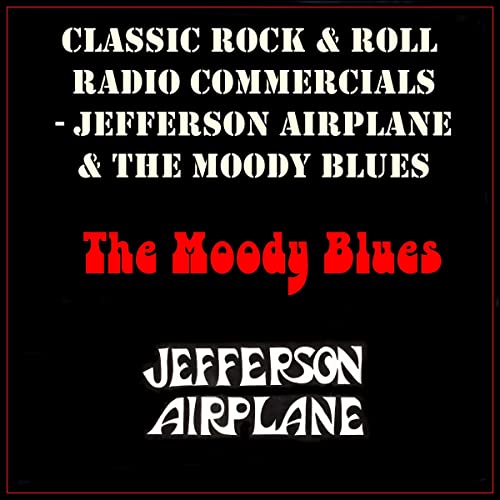 Formed in 1965, Jefferson Airplane was an American rock band based in San Francisco, California, that became one of the pioneering bands of psychedelic rock. Their 1967 break-out album Surrealistic Pillow includes two songs, "Somebody to Love" and "White Rabbit", that are among Rolling Stone's "500 Greatest Songs of All Time". The October 1966 to February 1970 lineup of Jefferson Airplane, consisting of Marty Balin (vocals), Paul Kantner (guitar, vocals), Grace Slick (vocals), Jorma Kaukonen (lead guitar, vocals), Jack Casady (bass), and Spencer Dryden (drums), was inducted into the Rock and Roll Hall of Fame in 1996.

The Moody Blues were an English rock band formed in Birmingham in 1964. During the band's "classic era" into the early 1970s, the lineup included keyboardist Mike Pinder, multi-instrumentalist Ray Thomas, drummer Graeme Edge, guitarist Justin Hayward, and bassist John Lodge. Their second album, Days of Future Passed, which was released in 1967, was a fusion of rock with classical music which established the band as pioneers in the development of art rock and progressive rock. The band has sold 70 million albums worldwide, which includes 18 platinum and gold LPs. They were inducted into the Rock and Roll Hall of Fame in 2018.

This fascinating audio program includes actual radio commercials from the 1960s for each of the bands.