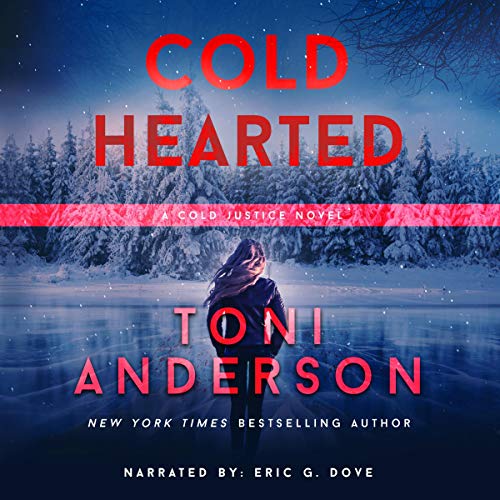 Hunting for a killer who doesn't play by the rules.

Detective Erin Donovan expects life to quiet down after the arrest and conviction of a serial rapist who terrified her university town last summer. Then two young women are brutally slain and the murders bear all the hallmarks of the campus rapist. Did Erin arrest an innocent man? Now her job is at stake and tensions are high and just when it looks like things can't get worse, her department gets the help it needs to solve the double homicide - in the form of a man Erin has never been able to forget.

FBI Agent Darsh Singh has no interest in reliving the past. Three years ago, his feelings for Erin Donovan had him breaking all his rules about getting involved. Now his only interest in the former NYPD detective is figuring out if she screwed up a rape investigation and helped send an innocent man to prison. But being forced to work together rekindles their old attraction, and as Darsh and Erin fall for each other, the campus predator fixates on Erin. The race is on to identify the ruthless killer before he makes Erin his final victim.

Not my favorite of the series. Excellent Narration

This was a decent enough story, not my favorite of the series. Erin was okay, there was nothing amazing about her and Darsh was just okay too. Nothing great about him either really. They were mediocre characters to be honest.

The story line and plot was okay but I was missing the action like the previous books had. This was a small town murder mystery.

The romance was okay, they liked each other well enough, but it didn't feel real or genuine.
There was a couple sex scenes, nicely written. There was lots of dialogue throughout the book which I like.
It wasn't a bad story, just not great, which is what I was expecting.

As for the narration. Well, it's Eric Dove and you can't ever go wrong with an Eric Dove narration. He is fantastic. He does the women so good and everyone sounds different so you know who is speaking. He has a great reading voice and reads with emotion as called for. Love him!

I know I’m just being ridiculous but.. DARSH? Really? WTH kind of name is that? I’ve seen some strange names but that’s one of the worst. I’m assuming he got that name because he is Indian, although it was mentioned only 1 or 2 times, that he was Indian, so you’d really never know it. Tall, dark and handsome was how he was described; his skin color mentioned once in the story, when he and Erin walked into a restaurant and a man looked at them strangely. Personally, I thought it was rather silly.

Anyway, this was a very good mystery/romance, with lots of suspects to choose from. And I had no idea who the bad guy was until he was “outed.”

I really like the second chance storyline with Darsh and Erin. But I also understood her skepticism about trusting Darsh, or any man. Wow, that ex-husband of hers really did a number on her in the end. Gave her something she’d never forget.

There were a couple (or three) sex scenes in this book, one right after another in a couple of places.
And there was swearing, with the F-bomb being dropped 77 times.

As to the narration: As always lately Eric Dove did a great job. He makes all the right sounds, laughing, crying, shouting, whispering. He just gets better with every book he reads.

As always 5 stars for the supense and romance

I love second chance stories this one not all things were as they seemed. Not the right questions were asked leaving two people heartbroken. One man goes to jail leaving a whole town in an uproar. Erin was doing her job found the guilty and put him behind bars. Time past with a whole town hating her than the unthinkable happens more women are rape and end up dead with the same MO did she put the wrong man behind bars leaving the killer free to kill again? FBI Darsh is sent in to make sure any wrongs are made right as well as to see if Erin might have jumped the gun putting the wrong man in prison.

I love the suspense and intrigue of the story along with their past one nightstand leaving misunderstandings and an almost a hate but still attracted to each other. The killer will keep you guessing as your heart breaks for the women killed by a sick man. This killer is no dummy he has out smarted us all and got away with it, just maybe he will think he is to smart and make a mistake leaving the jailed free and him behind bars or could this be a totally another crime maybe a copycat?

Mr. Dove as always does a wonderful job of narration giving you the emotions and facts that bring this story to life. There are no background noises or any place where the volume was higher or lower what he gives you is a wonderful smooth listen you get lost in. If any breaks were taken you could not tell. His male and female voices slide right off his tongue you never are left guessing who is speaking or what their feelings are. You can feel the heartbreak and the anger of those that feel and injustice was done as well how each main character feels. He gives you likeable voices with an audio you won’t want to put down.

I love the characters it was so nice to go back a see some that you have gotten to know. The suspense is wonderful leaving you guessing and as normal you are wrong. This one took me awhile to work out. I love the attraction between the characters and the pull at the heart with their past. Erin past is one you can relate to as the author put the words to the page she grabs your heart but does it in a style you can relate to and with class. The plot is wonderful leaving you in suspense as you can see it happening in your mind. This is a college town where young man are looking for action some taking what they want even when the answer might be no. This was a wonderful addition to the series with wonderful narration. I can’t wait for the next one in the series.

What else can be said??

Read, Great Series. Fantastic Narrator, Fabulous Author. Now I want to read Everything by her.

Toni Anderson does Not disappoint!!!!

I love this series!!! Toni Anderson knows how to keep you intrigued!!!! The balance of romance & suspense is great!!!!

Two lonely souls needing something g to believe in. Will they find themselves, each other and their happily ever after?

A wonderful story about finding true love, righting wrongs and believing in oneself.

Cold Hearted by Toni Anderson was a great read. Detective Erin Donovan has been through so much. She has a past with FBI Agent Darsh SIngh. I enjoyed reading them work together to find the suspect and find love.

Heart pounding who done it

I loved listening to this book. It was creepy and scary...and hot!

Lots of heart in throat moments for me. The characters are just awesome. I want to know about ALL of them. Strong characters who are compassionate and stubborn.

It was like watching an episode of CSI with that twist of romance. Figuring out who did it was half the fun! Well written and scary believable!

I loved this narrator, he did a great job of bringing the story to life! Looking forward to reading others in this series!

Yes I would as it was a wonderful story to listen to. It grabbed me from the start and I involved in the story from start to finish

While I have a hard time reading these on my Kindle I adore this series on audio. The narrator does an wonderful job of bringing them to life. So worth a credit

Cold Hearted is about serial rapist resurfacing. FBI Agent Darsh Singh is sent to investigate if Detective Erin Donovan has arrested the wrong man for the crime. The problem is that Darsh has a prior encountered with Erin that didn't ended up going well. As far as Erin is concerned, she was never ever going to see him again.

As Darsh reexamined and re-interviewed the witnesses and the accused, he is discovering that the evidences do not meet the profile of the unsub and he also discovered about Erin's dark past.

Erin has followed the evidences where it leads except that the evidences are circumstantial and identity of the supposed rapist is faulty. Ever since the death of her husband, Erin has stopped dating and has turned down several date offers. She has went as far as relocating to a small college town to keep the dark secret of her marriage.

The problem is seeing Darsh after three years, didn't diminished her attraction to him. As far as she was concerned, Erin was going to keep her relationship with Darsh professional. It worked at the beginning but the more time that she spent with Darsh was weakening the walls she has erected around her heart.

From the beginning of the story, the perpetrator was already stalking Erin. The readers/listeners (if they do pay attention) will realized that the perpetrator blends in with the college population and that he is smart and has instigated himself in the investigation to incriminated an innocent college football star.

Throughout the story, Darsh is confirming this profile. There are three possible suspects and it is a question of who done it and how. Readers/listeners are going to love the twist and turns in the story. What the author really did show was that when emotions are involved, it is so easy to accept the evidences than analyzing that there is something wrong or basically to listen to one's instinct.

Another thing I love about this story is that Darsh is from an Indian heritage. He has ethical standards and yet he is conscientious that most women want to date and sleep him due to his exotic looks and to keep it a secretly. He does want more in a relationship

The narrator Eric G. Dove does a wonderful performance. He is one of my favorite narrator and has the perfect voice for the Cold Justice series. His voice can hold the audience attention to the end of the story.

I was given this audiobook by the author in exchange for an honest review. I was not compensated or influenced in any way for writing this review.