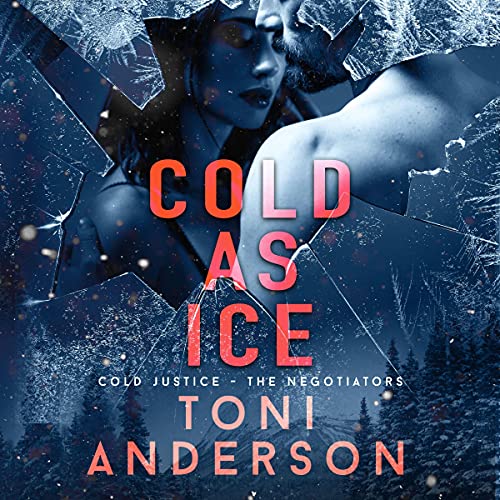 When Darby O'Roarke wakes up in a strange house with a dead man - with no memory of what happened - she knows who she has to call: FBI Supervisory Special Agent Eban Winters...the man she fell for, and who rejected her, last summer.

A negotiator isn't supposed to get involved with kidnap victims, and Eban has been trying to avoid the temptation that is Darby O'Roarke ever since they met. One frantic phone call has him racing to Alaska to uncover the truth, but he faces stubborn opposition from the local police, and a growing media frenzy.

Getting Darby released from jail and keeping her safe is his first priority. When another woman is brutally slain, evidence emerges that suggests Darby is being framed, and that the culprit is a vicious serial killer who has eluded the FBI for more than a decade...and, now, the killer has Darby in their sights.

This was a very enjoyable romantic suspense. It had a hint of steam to it but just a little. Toni Anderson has a way of keeping you wanting more. She really writes rather well. I will definitely be looking for another book by her.

The narration is really good. Eric Drove gives a great performance. The storyline is good and kept me interested.
The only issue is the female lead. I know she’s been through a lot an that would leave anyone unsure about the people around her. But she was arrested for murder. The last thing she should be thinking about is whether some guy has feelings for her and if she can make a relationship with him work. Her constant insecurities and needing affirmation was annoying again only because she is a murder suspect.

Other then that it is still worth the credit and I like the author.

Great listen was hook from the start

I was hooked from the start, it is filled with thrills, lovely twists and turns, so exciting and the author keeps you guessing. Just as I thought I might had it worked out I would change my mind again and again. I flipped from male to female so many times my head was spinning. I didn't work out the killer until the author wanted me to.

The narrator as always did an outstanding job pulling in the listener. holding your attention while giving a thrilling listen that you don't want to put down. There were no repeating of words, no volume changes it was as if he narrated it all at one setting. He does a wonderful job with the character voices from male to female he gives wonderful emotions that you almost feel like you are there. He really brings this story alive making it a delightful listen. I see his name and know it is going to be a delightful listen.

This is my go to author and narrator, they always give me an exciting listen, with lots of twists and turns, turn emotions, it is always exciting, and always a story you can't put down. I totally love this author and can't wait until the next book in the series.