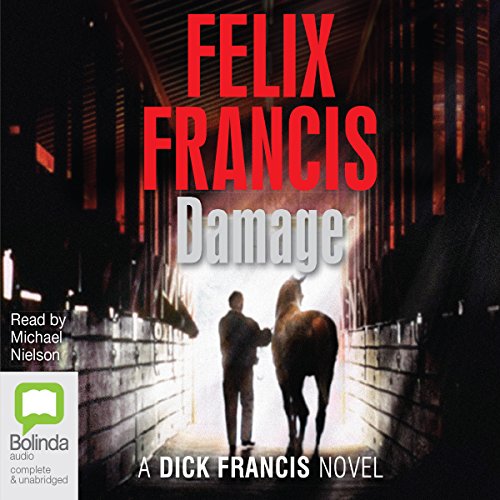 Jeff Hinkley, undercover investigator for the British Horseracing Authority, is looking into the shady activities of a racehorse trainer. But as he's tailing his quarry through the Cheltenham Racing Festival, the last thing he expects to witness is a gruesome murder. Could it have something to do with the reason the trainer was banned in the first place - the administration of illegal drugs to his horses?

Days later, many more horses test positive for prohibited stimulants, a scandal that could throw horse-racing into disrepute. It's no surprise when the BHA receives a demand - pay up or face the consequences. In order to limit the damage to the sport, it's critical that Jeff finds the perpetrator... but he'll soon learn he's up against someone who will stop at nothing to prevail.

"From winning post to top of the bestseller list, time after time." ( The Sunday Times)
"The Francis flair is clear for all to see." ( The Daily Mail)
"The master of suspense and intrigue." ( Country Life)

someone who likes a narrator that can,t do voice changes and is monotone

If you could play editor, what scene or scenes would you have cut from Damage?

don,t know got about four chapters in could not go any further