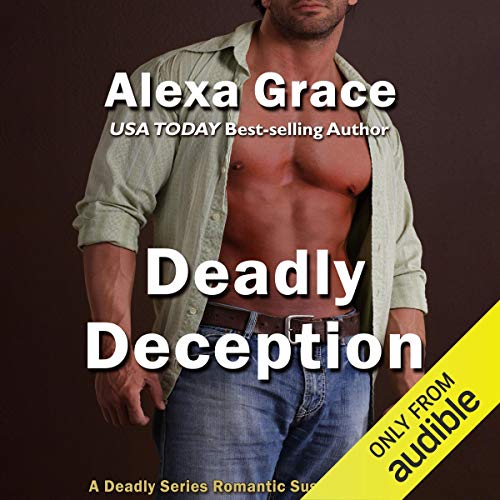 Lane Hansen has a problem. He needs a woman to portray his wife in an undercover operation, and the only females on his team are either very pregnant or built like linebackers who prefer the other team. Then he remembers gorgeous PI Frankie Douglas - a woman who could take his breath away with her beauty and take him down in two and a half seconds. Unfortunately she's the same woman he treated like a one-night stand six months before.

Frankie Douglas has a problem. She wants to rid the world of one baby-trafficking killer. The only way to do that is to partner with Lane Hanson, the man who hurt her by disappearing from her life after a night of mind-blowing sex.

They've been warned! Getting personally involved with a partner can put cases and lives at risk. Going undercover as husband and wife, Lane and Frankie struggle to keep their relationship strictly professional as their sizzling passion threatens to burn out of control.

The characters in Alexa Grace's Deadly series are interesting and their interaction with each other help hold your attention and keep you from putting the book down. Strong women and hot men combined with a great storyline make these books winners!