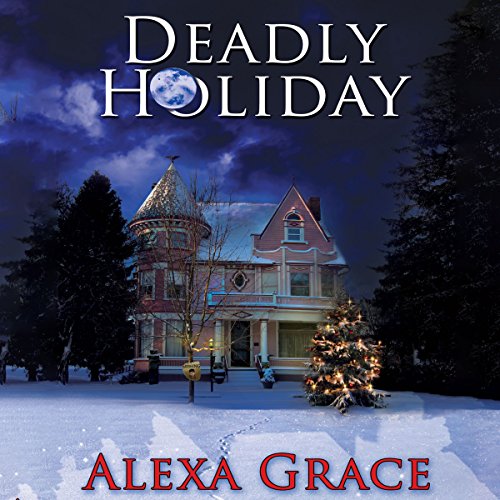 It is four days before Christmas, and all is not quiet as the characters you grew to love in The Deadly Series books fight their inner demons and deception and pray for miracles in this action-packed thriller.

Shawn Isaac is a bright five-year-old who has experienced more than his share of domestic violence and abuse. His disappearance on the day he testifies against his father terrifies a county that has already lost three young women to a vicious serial killer. What secret drives him into hiding as a deadly winter snowstorm bears down upon the area, putting those who love him most at risk?

Anne Mason-Brandt escaped the wrath of a vicious serial killer five years before. But the fear she had then is nothing compared to the terror instilled by a life-threatening disease and a secret that could blow her and Michael's happy marriage apart. Is love enough?

Nine months pregnant, Jennifer Brennan-Stone has a secret that will change Blake's and her life forever. She's already lost one baby, and this pregnancy has her on bed rest. Can they find a small boy who doesn't want to be found before it's too late?

Frankie and Lane Hansen are having an up-close-and-personal impact on their finances thanks to a lousy economy. One of them has a secret that could make a bad situation even worse.

Tim Brennan and his wife, Megan, fell in love with their pink Victorian house the first year of their marriage more than 30 years before. As Megan plans to turn their lovely home into a bed-and-breakfast, Tim is unsure he can share his wife, home, and memories with strangers.

A nice novella to end the series

Personally I'm not as fond of the story line as the other books because this isn't meant to be a full story novel. I'm used to Alexa Grace's books having some mystery or suspense and this is more focused on the emotional aspects of past heroes and heroines. However if you keep in mind that this is meant to be a short novella to see how your favorite characters are doing now then it is a nice read/listen that conclusively wraps up the series. For this reason I gave it 5 stars overall. Enjoy!

Brings Out the Gamut of Emotions

While this book is filed with action and suspense, it's also a tear jerker at times. I loved it and was really pulling for Blake and Jennifer.