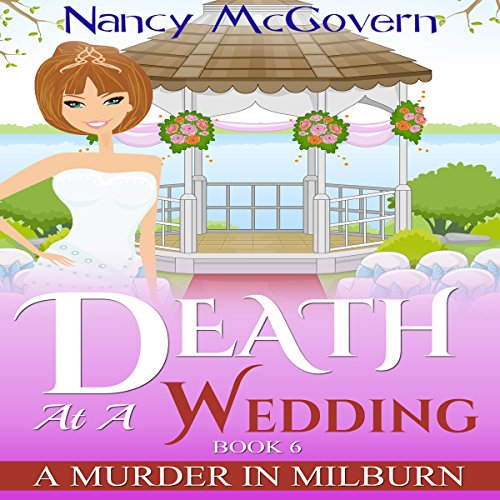 Death at a Wedding

Nora Newberry's big day is coming! And, with just weeks to go before her wedding, there is still so much to do. Getting it all done while running her diner seems like an impossible feat.

Thankfully, she has Tina. Her support. Her positive outlook. Her...what?!

She's just signed them on to cater another wedding at the same time as Nora's?!

And it's whose wedding???

Well, for starters, the bride's sister could be found dead, poisoned. And Nora could be blamed for the grisly crime.

That would certainly put a damper on things.

Will Nora actually be suspected of the murder? Who, in fact, is responsible? And will Nora's dream wedding come to an end before it's even had a chance to begin?

Find out in Death at a Wedding, the sixth book in Nancy McGovern's popular culinary cozy mystery series, A Murder In Milburn!