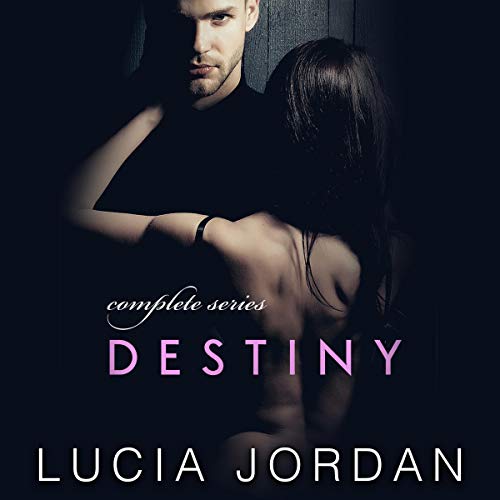 Will Devlin’s brand of dominance prove to be too much for the buttoned-up and proper Helena? And why are Helena and Devlin so sure this isn’t the first time they’ve crossed paths?

Helena Blake should be nothing but thrilled. She’s traveling from snow-covered Boston to the sunny Caribbean, where she’s set to be a bridesmaid in her best friend’s wedding. Still, she can’t help feeling a bit depressed - and a little embarrassed - that she’s attending the wedding alone, and certainly not for lack of trying.

Her parents have tried fixing her up with countless men they thought were right for her, and the few relationships she’s had in the past have all left her unsatisfied, though she doesn’t know why. This all changes when she meets the dark and handsome best man.

Devlin Lance may come from the wrong part of Boston and seems a little rough around the edges, but none of that kept him from attending Harvard or succeeding in the business world. After meeting Helena Blake, he’s left unsure as to why he’s so immediately and deeply attracted to a high-society girl like her. It’s almost like they’ve met before.

Soon, he realizes that Helena behaves like a natural submissive, which only serves to bring out his aggressive and demanding dominant side. Now, he’ll stop at nothing to see the beautiful, blonde bridesmaid submitting to him.

While Devlin’s virile sexual charge is quite the opposite of her coy reserve, Helena can’t help feeling a mysterious awakening when he’s around. His quiet yet strong personality arouses her unbearably. But will Helena allow herself to submit to her deepest, most guarded bodily desires?

I really liked listening to this during my drive to and from town. It always kept me on the edge of my seat! Really enjoyed the narration!

I absolutely loved this book. It kept me on the edge of my seat, and the ending surprised me. Very happy with all of the voice actor performers, too. Great job guys!!!

This was a great listen. Really interesting and performed well. Did not see the ending coming at all.

I really like the story, performance was excellent. In is so interesting that you cannot stop listening. Recommend to everyone.

I loved and it was not what I was expecting. Very good was hooked completely!

Definitely kept me hooked, I was supposed to be asleep two hours ago but decided to finish the book instead

I wasn't certain that I would actually like the story, however it flowed nicely along. I will more than likely read the next tale of this family.